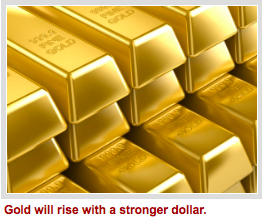 One of the most important aspects of the rising tide of geopolitical disruptions — as spelled out by the research I have done on war cycles — is how they are impacting the world’s financial markets.

As I’ve discussed many times in the past, they are changing everything you thought you knew about investing.

Consider the U.S. property markets, which have already recovered from their lows quite nicely — even as mortgage rates have stabilized and started moving higher.

Consider how the Chinese and Europeans, as well as the Canadians, are now the biggest foreign buyers of U.S. real estate, which is helping to support that sector.

Consider that recently, a Chinese-led investor group announced it would buy the Chicago Stock Exchange.

Or that there have already been 82 Chinese outbound mergers-and-acquisitions deals announced this year, amounting to $73 billion in value, according to Dealogic. That’s up from 55 deals worth $6.2 billion in the same period last year.

Or consider gold, which is now nearly 16 percent above its bear market low of last December, moving up right on schedule, even though the U.S. dollar also remains strong.

Or the U.S. stock markets, whose bear market correction is continually being supported by foreign capital inflows.

You are going to see and hear more about foreign-capital inflows in the months and years ahead. Inflows that will shock you and cause wild moves in markets that defy logic.

Moves that dumbfound most U.S. analysts, especially those — the majority of them — who still focus merely on the U.S. economy and who ignore what’s happening on a global basis. Gold will rise with a stronger dollar. Commodity prices in general will soon bottom and head higher, even though the global economy remains lackluster at best. Oil, for instance, has already bottomed, again right on cue with my forecasts.

So what then is the common denominator behind these market moves?

What’s the fuel that is causing the linkages between them to change, wreaking havoc on old rules of thumb and ushering in new relationships between markets, between economic data and logic …

Creating forces that you must grasp to truly protect and grow your wealth?

Today, we live in a world where governments are at war with each other. Propaganda wars. Trade wars. Currency wars.

Today, we live in a world where governments are getting ready to reignite “hot” wars: Russia/Ukraine. China/Japan. Israel/Gaza.  Then, there’s ISIS and its rampage in the Middle East.

And today, we also live in a world where the bankrupt governments of the West are waging wars against their very own citizens, via tax hikes, confiscatory schemes, and capital controls.

All of this is causing capital in nearly every corner of the globe to take flight, leaving risky countries and investments and heading toward safer shores.

For many months now. I have told you that those capital flows are pointing directly toward the United States. Savvy European investors are moving their investments out of Europe in droves.

Middle Eastern money is also coming to our shores. Savvy Chinese investors are investing in the Unites States hand over fist, and especially in U.S. property markets.

My view: Based on how the war cycles are ramping up for another five years and how they do not show any relief until 2020, capital is likely to continue to stampede into U.S. investments.

Reason: Despite our country’s problems, we remain one of the safest countries on the planet, with the most open, liquid and diverse markets in the world.

My words for you: Follow the money going forward. The international capital flows. They are the single biggest key to protecting and growing your wealth now and for many moons to come.

P.S. We are on the cusp of the most profitable bull market of our lifetime. Stocks will be driven higher by powerful global undercurrents that Wall Street will either ignore or fail to understand. As the Dow doubles, some stocks will see explosive gains of 300%, 400%, 500% and more. Savvy investors who make the right moves will become very rich! Click here for my free report and to find out how it could make you rich beyond your dreams.