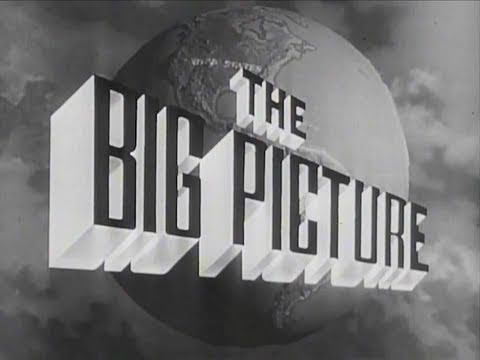 “This year marks the 57th year that I’ve been writing about the markets. During all these years a lot has changed, and I have changed too. Rather than write about every little jiggle in the markets, I now prefer to stick to the big picture.

The big picture, minus manipulations, propaganda and lies, is that the US is on the long road to deleveraging and deflation, which, of course, is a correction of the years since World War II, when the trend was towards inflation and leveraging. With the advent of the internet and email, this business has become increasingly difficult and not only have many newsletters dropped out of the field, but many hedge funds and money managers have thrown in the towel.

John Williams Exposes The Truth Behind The Lies

I’ve been reading John Williams’ newsletter on the economy. John calls his newsletter Shadow Statistics, and by that he

means that he’s telling the true story about the American economy minus government propaganda and Fed lies.

I’ve been wondering what to make of the major averages and indexes, whipping up and down within their trading ranges. Now it occurs to me that investors’ reaction to this oscillation is, “So what?” The stock market is going nowhere in a hurry. Thus investors have been lulled to sleep by the seemingly trendless activity of the major averages. Based on recent action in the stock market, I think the market could correct by 10% or more before investors will take it seriously.

My intuition tells me that John Williams and his Shadow Statistics are telling us the real story. I also suspect that the Fed agrees with the negative scenario that John Williams has presented. Therefore I assume that the Fed will not raise rates in the June session nor will it raise rates in September. After that comes an election year, during which the Fed will surely not raise rates. So it could easily be 2017 before we see the first rate rise by the Fed.

In the meantime I expect the national debt to compound and accelerate, moving the national debt into the 18 to 20 trillion dollar zone. This will have its impact on the US dollar, which is now overbought and overloved. If the dollar crashes, the US will almost surely lose its reserve status. At that point I believe the Chinese yuan will share reserve status with the US dollar.

Gold Tracks The Direction Of Power

Throughout history, the path of gold has traced out the direction of power. But despite all this, I am an optimist. I believe we’ve reached the time when war between major powers has ended. Unbeknownst to most, spirituality and love are beginning to creep like a huge blanket over mankind.”

Here’s something they won’t tell you at your local brokerage office or in the “How to Beat the Market” books.All investing and speculation is basically an exercise in attempting to beat time.

“Russell, what are you talking about?”

Time is the single most valuable asset you can ever have in your investment arsenal. The problem is that none of us has enough of it.

In 200 years there are 15.3 doubles. You do the math. By the end of the 200th year you wouldn’t know what to do with all your money. It would be coming out of your ears. And all with minimum risk.

So with enough time, you would be rich –guaranteed.You wouldn’t have to waste any time picking the right stock or the right group or the right mutual fund. You would just compound your way to riches, using your greatest asset — time.

There’s only one problem, In the real world you’re not going to live 200 years. But if you start young enough or if you start your kids early, you or they might have anywhere from 30 to 60 years of time ahead of you.

Because most people have run out of time, they spend endless hours and nervous energy trying to beat time, which, by the way, is really what investing is all about. Pick a stock that advances from 3 to 100 and if you’ve put enough money in that stock you’ll have beaten time. Or join a company that gives you a million options and your option moves up from 3 to 25 and again you’ve beaten time.

How about this real example of beating time– John Walter joined AT&T, but after nine short months he was out of a job. The complaint was that Walter “lacked intellectual leadership.”Walter got $26 million for that little stint in a severance package. That’s what you call really beating time. Of course, a few of us might have another word for it– and for AT&T.

You can subscribe to Richard Russell’s 90 years of wisdom and remarkable writings at Dow Theory Letters by CLICKING HERE TO SUBSCRIBE.