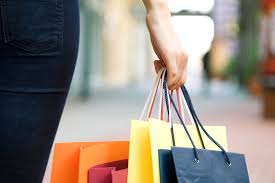 The big retail chains are generally seen as pretty good barometers of the health of “the consumer.” And since — in today’s late-cycle debt-binge pseudo-capitalism — the consumer drives the economy, the numbers coming out of the aforementioned retail chains should be cause for worry. First Macy’s got our attention:

(New York Times) – When Macy’s, a store closely associated with Christmas, says there is trouble brewing ahead of the holidays, it is enough to send the world of shopping into a tailspin.

The retailer of “Miracle on 34th Street” warned Wednesday that its stores were awash with merchandise after a sluggish fall season and that slow business would force it to go all-out on discounts during the holidays.

Macy’s shares plunged about 14 percent, dragging other retailers down, too. The Hudson’s Bay Company, which owns Saks Fifth Avenue and Lord & Taylor, fell 5 percent, as did Kohl’s. Burlington Stores fell about 7 percent.

Then Nordstrom dropped a bomb:

(Bloomberg) – Nordstrom Inc. fell as much as 18 percent in late trading after missing third-quarter earnings estimates and cutting its annual forecast, renewing concerns about a slump in the department-store industry.

Profit amounted to 42 cents in the period ended Oct. 31, Nordstrom said in a statement Thursday. Excluding some items, the earnings came to 57 cents. Analysts had projected 72 cents on average, according to data compiled by Bloomberg.

Nordstrom follows Macy’s Inc. in reporting disappointing results, underscoring a broader slowdown for department stores. Consumers are spending less of their money on apparel and accessories, shifting their budgets to cars, homes and technology. Retailers and clothing suppliers also have struggled to pare down excess inventories, forcing them to rely more on discounts.

The results reflected “softer sales trends that were generally consistent across channels and merchandise categories,” the Seattle-based company said in the statement.

The shares tumbled as much as $11.68 to $51.79 in late trading in New York. Nordstrom already had slid 20 percent this year through the close of regular trading Thursday.

First, e-commerce is winning big. Amazon, eBay, et al, have eaten the big-box stores for lunch, and they’re still hungry. Unless Telsa puts a car showroom in every mall in America, most malls are toast — and mall REITS are great short sale candidates.

Second, the surge in sub-prime auto loans wasn’t such a good thing after all, since those car mortgage payments apparently leave less disposable income for whatever it is people buy at Macy’s and Nordstrom.

Third, the overall economy is, as analysts in the sound money community keep saying, way weaker than the headline government numbers imply. The jobs being created obviously don’t pay enough to enable workers to buy new clothes — even though as a waiter/bartender you do have to look sharp.

Last but not least, stock prices are more vulnerable than you might think from watching CNBC. US equities fell hard today, and though there were several explanations being tossed around (China’s slowdown, a Fed rate increase), the implications of a “profit recession” should be in the mix. Because really, has there ever been a bull market when corporate earnings were falling?

About John Rubino and dollarcollapse.com

DollarCollapse.com is managed by John Rubino, co-author, with GoldMoney’s James Turk, of The Money Bubble (DollarCollapse Press, 2014) and The Collapse of the Dollar and How to Profit From It (Doubleday, 2007), and author of Clean Money: Picking Winners in the Green-Tech Boom (Wiley, 2008), How to Profit from the Coming Real Estate Bust (Rodale, 2003) and Main Street, Not Wall Street (Morrow, 1998). After earning a Finance MBA from New York University, he spent the 1980s on Wall Street, as a Eurodollar trader, equity analyst and junk bond analyst. During the 1990s he was a featured columnist with TheStreet.com and a frequent contributor to Individual Investor, Online Investor, and Consumers Digest, among many other publications. He currently writes for CFA Magazine.