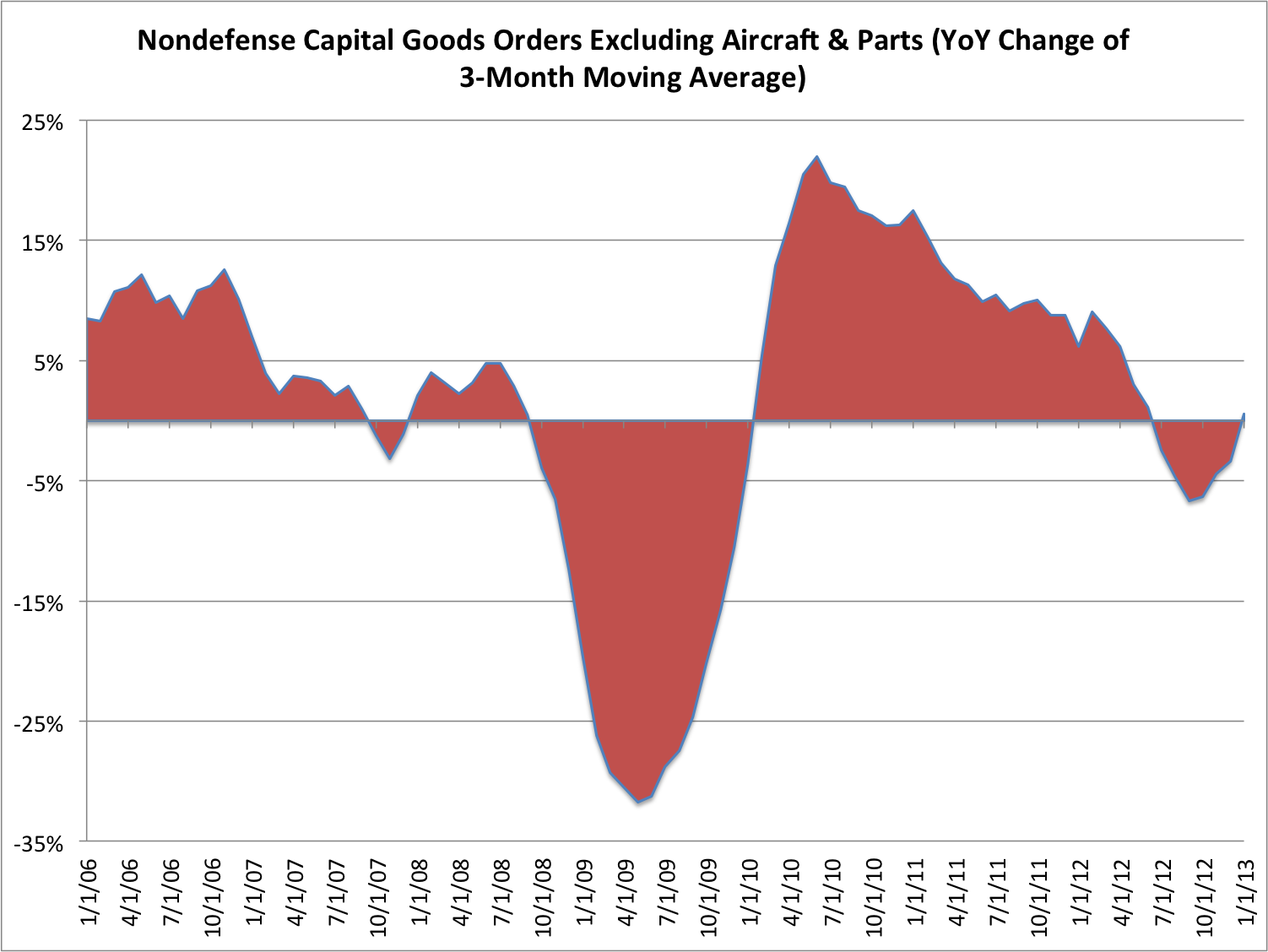 David Rosenberg’s has changed his mind! The economist with Gluskin Sheff’s recession indicator has gone positve and Rosenberg thinks that this Core Capex indicator (the three-month moving average of nondefense capital goods) surged and that is the best indicator that business is finally spending. This change in the Core Capes differs significantly (trend is your friend/) from the one he posted back in October 2012 when he wrote the artice:  “Here’s Your Big Red Flag That We Could Be Heading For Recession”. Chart below is from that article & there is an article below the chart- Ed With these changes afoot David has now written an article today:

Why cash is your least safe bet

“There’s an old saying that may be glib to some but is critical nonetheless, and it is that every bull market needs a wall of worry to climb.

So when we go back to where we were exactly a year ago, there were all sorts of risks on the worry list. Was Greece going to leave the euro area, or even Germany for that matter? Well, we know the answer to that.”

“This then brings me to my very last point, which is what I think was a critical inflection point when the Fed said in its December post-meeting press release that it will not budge from its 0% policy rate until the U.S. unemployment rate drops to 6.5%. It is currently around 8%.”

David Rosenberg is chief economist and strategist at Gluskin Sheff + Associates Inc. and one of FP Magazine’s 25 Most Influential People in Canada.