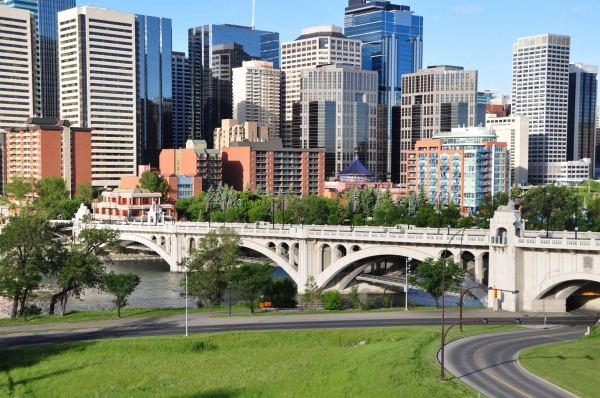 A report from the Calgary Real Estate Board suggests that September could break records for MLS sales. The board says that sales are up 11.6 per cent on the same time last year, with 1,500 sales to 21st September and the pace continues. That could mean that this month will beat the record set in 2005 when 2,197 MLS sales were recorded. Last year came close with 1,919. New and active listings are both higher than last year, while realtors say prices are at a record for September. The luxury market in Calgary is buoyant and there has been a resurgence of single-family home sales after two months of year-over-year decline. Read the full story.

Twenty-somethings are the first generation to be financially worse off than their parents. New figures from the Conference Board show that over the last thirty years the gap in incomes between older and younger workers has widened; in the 80’s it was 47 per cent, now it’s 64 per cent. The report shows that in many workplaces older workers are being paid more than younger colleagues for doing the same job and while there is often a premium paid for experience it is not always a factor in the wage differential. For the housing market it highlights a big problem of course; younger first-timers struggling to afford a home and older down-sizers affected by stagnation further down the ladder. While an overheated market may be a current factor, the income gap is a longer term concern for the market. Read the full story.

There are signs that the interest rates may stay low for some time to come. Senior deputy governor of the Bank of Canada, Carolyn Wilkins says that output growth may stay lower than it was before the financial crisis and there may therefore need to be continued stimulus for the economy over a longer period. That would include lower interest rates; not the 1 per cent we have seen over the last four years, but more in the 3 to 4 per cent range rather than the 4.5 per cent of the mid 2000’s. Read the full story.

US existing homes fall back

Investors are scaling back their involvement in the US property market but this is unlikely to mean a return to dark days for the market. Figures from the National Association of Realtors show that August saw declines in existing home sales of 1.8 per cent, however this followed four months of increases and the level of sales is still the second highest of the year so far. The level of investors’ involvement was at its lowest for 5 years with expectation of interest rate rises during 2015. Outside of the investment world the US housing market is still showing positive signs with a steady rate of first-time buyers and buyers sentiment increasing. Read the full story.