Rare Earth Elements: Where in the World Are They? 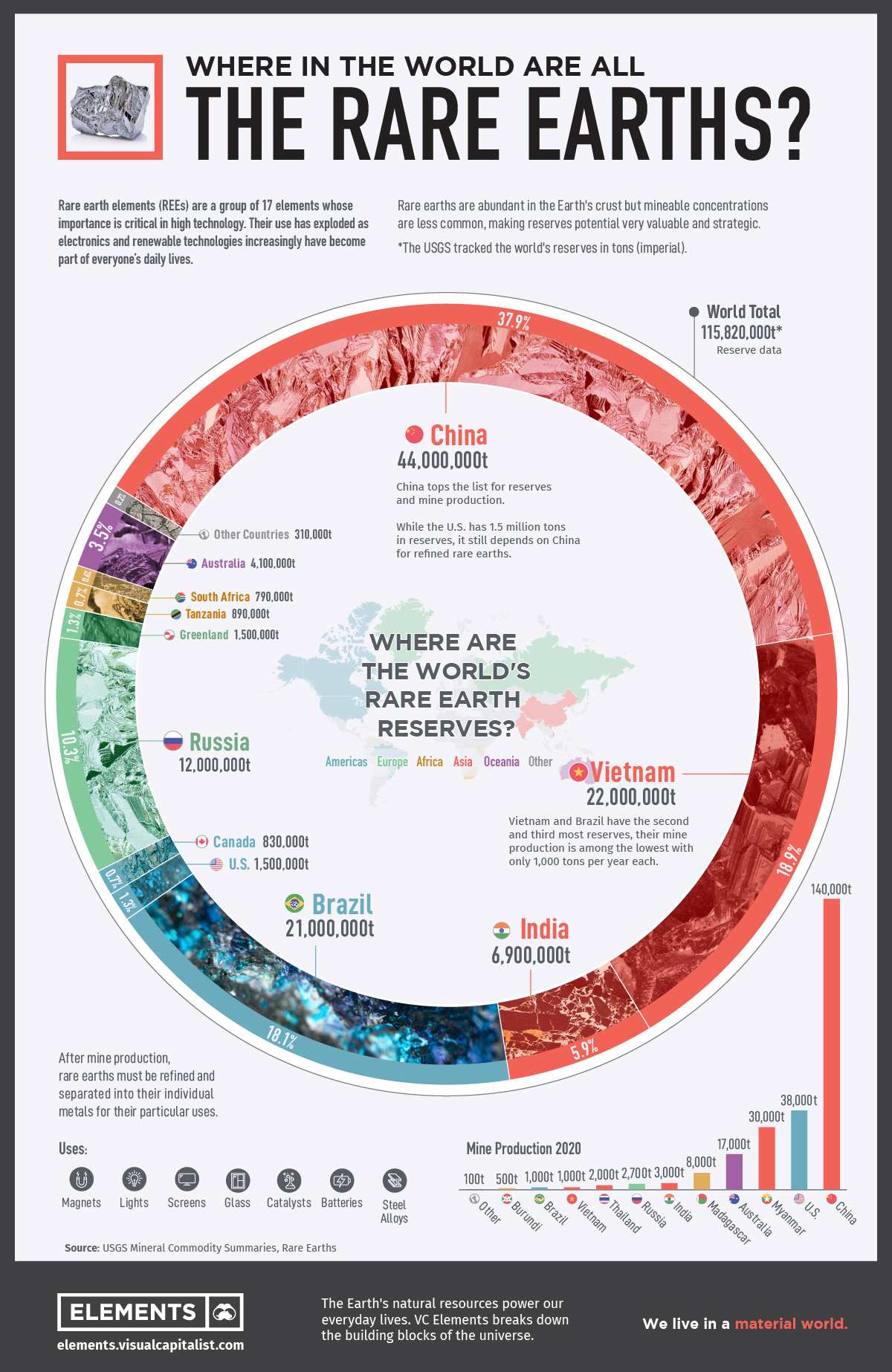 Rare Earths Elements: Where in the World Are They?

Rare earth elements are a group of metals that are critical ingredients for a greener economy, and the location of the reserves for mining are increasingly important and valuable.

This infographic features data from the United States Geological Society (USGS) which reveals the countries with the largest known reserves of rare earth elements (REEs).

What are Rare Earth Metals?

Scandium and yttrium are not part of the lanthanide family, but end users include them because they occur in the same mineral deposits as the lanthanides and have similar chemical properties.

The term “rare earth” is a misnomer as rare earth metals are actually abundant in the Earth’s crust. However, they are rarely found in large, concentrated deposits on their own, but rather among other elements instead.

Rare Earth Elements, How Do They Work?

Alloys of neodymium (Nd) and samarium (Sm) can be used to create strong magnets that withstand high temperatures, making them ideal for a wide variety of mission critical electronics and defense applications…read more.