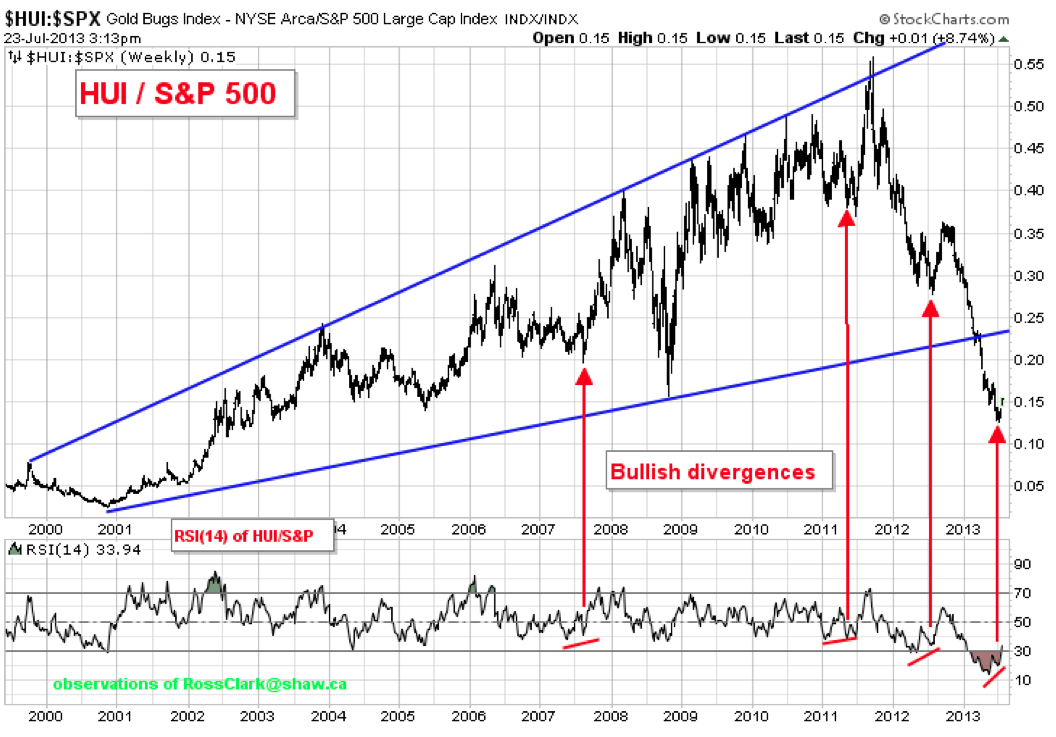 This page has considered that the rebound out of the mini-panic in lower-grade bonds would run through July. This has accomplished a new high for the S&P, but the negative divergence on RSI Momentum is now a caution.

Help from the rebounding junk-bond market is effectively over. It seems to have reached its best yesterday and is working on an Outside Reversal today.

The next drop spells “history” for the lower-grade bond market–around the world.

Showing great enthusiasm, banks (BKX) continued their rally and have clocked 78.15 on the Weekly RSI. This is the highest RSI since the halcyon days of 1997. Financials have been hot.

Not so hot were the base metal miners (SPTMN) that became very oversold in late June. Enough to prompt a rally and the index has stair-stepped from 662 to 744. It can continue through August.

Overall, stock market action has been working on the end of a four-year bull market. Continue to sell the rallies.

Gold has bottomed relative to a number of important items. The following chart shows gold relative to the stock market and lists the condition of other significant comparisons.

The bear since 2011 has virtually taken out the inflation bulls. That was the old paradigm.

The bottom in Precious Metals has been a difficult process and we have been buying the bad days.

Gold stocks can continue the revival through August when they could briefly become vulnerable to the re-discovery of liquidity problems.

After that, we are looking forward to a cyclical bull market, in real terms, that could run for a couple of years.

This will be the new paradigm, last seen in the 1930s. o Gold/Crude ( A week behind)

o Gold/Grains ( Made the turn)