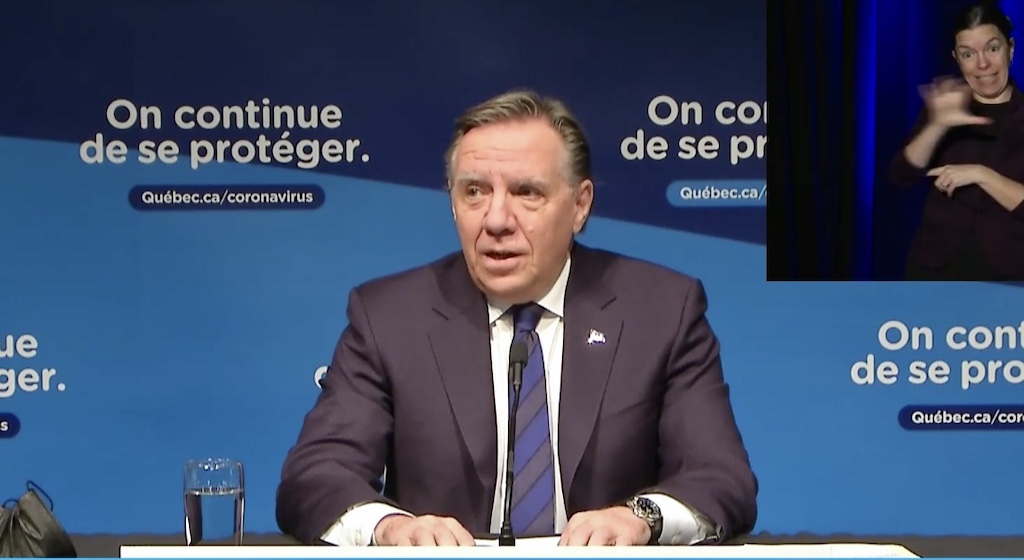 Quebec has become the first province in Canada to announce a financial penalty for residents who refuse to be vaccinated against COVID-19.

Adult Quebecers who won’t get vaccinated and don’t have a medical exemption will be forced to pay a health “contribution,” Quebec Premier Francois Legault told reporters on Tuesday. Legault said the amount of the penalty hasn’t been decided but will be “significant.”

About 10 per cent of adult Quebecers aren’t vaccinated, but they represent about half of all patients in intensive care, Legault said, adding that the unvaccinated should be forced to pay for the extra burden they are placing on the health-care system.

“I think right now it’s a question of fairness for the 90 per cent of the population who made some sacrifices,” Legault said. “I think we owe them this kind of measure.”

The government last week announced it would expand the vaccine passport system by requiring proof of vaccination to enter liquor and cannabis stores. Health Minister Christian Dube has said he was mulling extending the passport further, to shopping malls and personal care salons…read more.