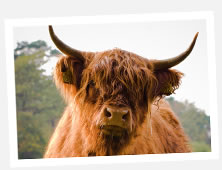 Yesterday the US Mint announced it had run out, following a surge in demand.

It was only a matter of time before the last bastion of paper money, London, also succumbed to the soaring demand for physical, and sure enough moments ago Bloomberg reported that the “Britain’s Royal Mint, established in the 13th century, sold more than three times more gold coins this month than a year earlier as prices declined.”

Sales are more than 150 percent higher than last month, according to Shane Bissett, director of bullion and commemorative coin at the Royal Mint.

“Since the dip in the price of gold we have seen increased demand for our gold bullion coins from the major coin markets, and this presently shows no sign of abating,” Bissett said by e-mail in response to questions from Bloomberg. “The Royal Mint continues to supply to its customers and is increasing production to accommodate the higher demand.” Its not only the UK Mint, but a pervasive global “panic” to get as much gold as possible while prices are as low as they are, courtesy of the recent takedown in spot.

Standard Chartered Plc said yesterday its gold shipments to India last week exceeded the previous record by 20 percent and were double the total of the week before.

…..read more about this Surge HERE

(Ed – for the US perspective)

The Eagles Have Fled

The U.S. Mint has been cleaned out of 1/10th-ounce Gold Eagles. So far this month, 85,000 of the coins have exited the Mint’s doors. Now sales are temporarily suspended.

“While the 1-ounce gold bullion coins remain the most popular,” says a Mint statement, “demand for the 1/10th-ounce coins has remained strong too, with year-to-date demand for these coins up over 118% compared to the same period last year.”

Overall Gold Eagle sales this month now total 183,500 ounces. At this rate, April will almost surely end with the second-highest sales on record… and an all-time high is within reach.

Supply remains tight, and the Mint continues to ration sales to its dealer network — as it has since a temporary suspension of sales in January.

One of those authorized purchasers says the wholesale premium for Silver Eagles has doubled this month, to around $4.50 each — not that it’s dented sales a bit. “There’s no cheap silver out there,” says Jim Hausman of The Gold Center in Springfield, Ill.

The Mint says it’s trying to find another supplier of blanks — so far, with no luck. “Currently,” according to Coin World, “the Mint secures finished planchets from Sunshine Mint in Coeur d’Alene, Idaho; Vennerbeck Stern-Leach in Lincoln, R.I.; and GSM Metals in Cranston, R.I.”

Treading a fine line between contrarian thinking and conspiracy theory, Dave Gonigam explores the nexus of finance, politics, and the media for Agora Financial’s 5 Minute Forecast. He joined kindred spirits at Agora Financial in 2007 after a 20-year career as an Emmy award-winning writer, producer, and manager in local TV newsrooms nationwide. [cfopenx zone=”113″]