“Mister Margin and May” 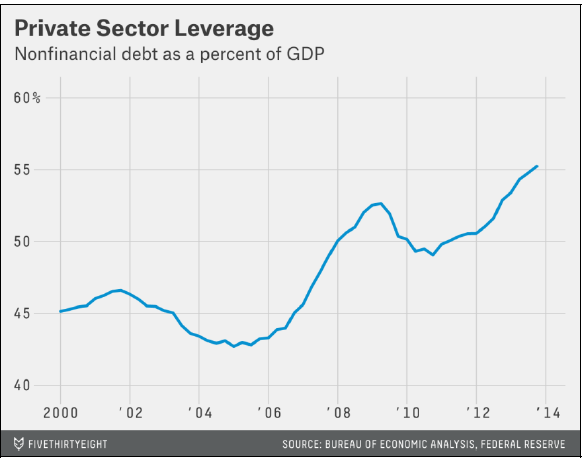 “China has delayed or defaulted on as many as 23 soybean cargos it ordered from the US and South America.”

That was just in the first half of April and the buyers were users not investors. China’s problems seem to be doing a nasty to the Baltic Dry Index. This zoomed up to the highest Weekly RSI since 2007. The high was 2337 in December and it is sinking now.

“Chinese investors demanding their money back from a troubled $156 million high-yield product [bond] were confronted by police.”

“How Wild Turkey is capitalizing on the Bourbon boom.”

– Party time as reported by CNBC on April 16

Decades ago, Keynes said something about that when the facts change, he changes his mind. The problem is that no amount of critical history can change a Keynesian in the service of big government. Intervention exists to enhance the power and wealth of the bureaucrats and the governing classes.

In 2006, climate guru, James Lovelock warned that “only a handful of the teeming billions [of people] now alive will survive”. Political activists expected a rapid rise in temperature. He was the inventor of Gaia which was a new slant on how mankind was destroying the Earth.

Anyways, the April 10th edition of Nature featured an interview with Lovelock and he admitted that in 2006 everyone was caught up in the supposed correlation between CO2 and global warming.

His recent words were “It was a mistake we all made. But being an independent scientist, it is much easier to say you made a mistake than if you are a government department or an employee.”

One of the leaders of an intensely political movement has discovered reality. How fast will it spread through the “warmist” cult? Not likely – it has to do with money and power – which are always addictive.

Last week we noted that powerful bull markets have not been deterred by war or other catastrophes such as the Chicago Fire of 1873. Russia’s aggression in Ukraine was associated with some setbacks, but is not a market-changer.

Overall, this has been the first bull market out of a classical crash and it was likely to accompanied by a weak business cycle. Stocks have run for more than five years and the business expansion is a month short of five years.

At the completion of a great bubble, the bear and the recession start at virtually the same time. Quite likely, this business and stock market cycle will top together. That means positive economic reports until they suddenly turn negative.

Sentiment and momentum reached excesses only recorded at cyclical peaks. The leading Nasdaq 100 set a strong high at 3738 in early March. Within this, the Biotechs (IBB) accomplished Upside Exhaustion readings in late February.

Also there was a rare eruption of speculation within the “Silly Season”.

The swing in the Daily RSI from overbought to oversold was impressive as the IBB stairstepped down to 207 last week. The high was 275 and the rebound could find resistance at the 245 level. On the same move, the NDX declined from 3738 to 3414. Momentum swings have been much less and the NDX did not become oversold.

Of interest is that this rally is within the “Election” model that called for a good high in April. It could take a few weeks for this seasonal influence to run its course.

In the meantime, the headlines listed above range from “Party Time” to the dictates of “Mister Margin”. Our calendar keeps in mind that May has seen a number of excited bond markets reverse.

The US dollar continues to trade opposite to the swings in orthodox investments. On the nearer-term, the DX has set a double bottom at 79.27 in mid-March and 79.38 a week ago. The in-between-high was 80.77.

Gold bugs as well as central bank bugs both remain convinced that the Fed can depreciate the dollar at will. Our view remains that without speculators capable of driving asset prices “to-the-moon” the Fed is “pushing-on-a-string”.

On the longer-term, the major low for the DX was 71.33 set in early 2008. Commodities were on a boom then with base metal and agricultural prices topping in March.

The rest, as the saying goes, was history.

On a smaller scale, similar action has been developing this year.

Our “Rotation” out of the November-December lows drove the CRB from a double bottom at 272 to 311 this week. On the way it has set the highest Weekly RSI since March 2011, which itself, was not as high as that reached in June 2008. The latter was inspired by the remarkable rally in crude to 147 in that fateful June.

This time around, we have had a target of 105 for crude in or around May. It reached 104.99 last week. This was accomplished with only a moderate overbought condition.

Our theme has been that if it got through 105, somewhere around 112 was possible. The two-day setback to crude dropped it to support at the 102 level but there could be another week or so of seasonal firming. If crude breaks down it would confirm credit concerns are appearing.

After last week’s dip to 338, base metals (GYX) have popped to 347. The initial rally shot right up to 360, which now represents resistance.

Mining stocks (SPTMN) have 8 weeks of an uncorrected rally. At 845, there is resistance at the zoom high of 867 set in January.

If the credit markets were not so precarious, the rally has further to go.

Much the same holds for the agriculturals, with the GKX making new highs for the move