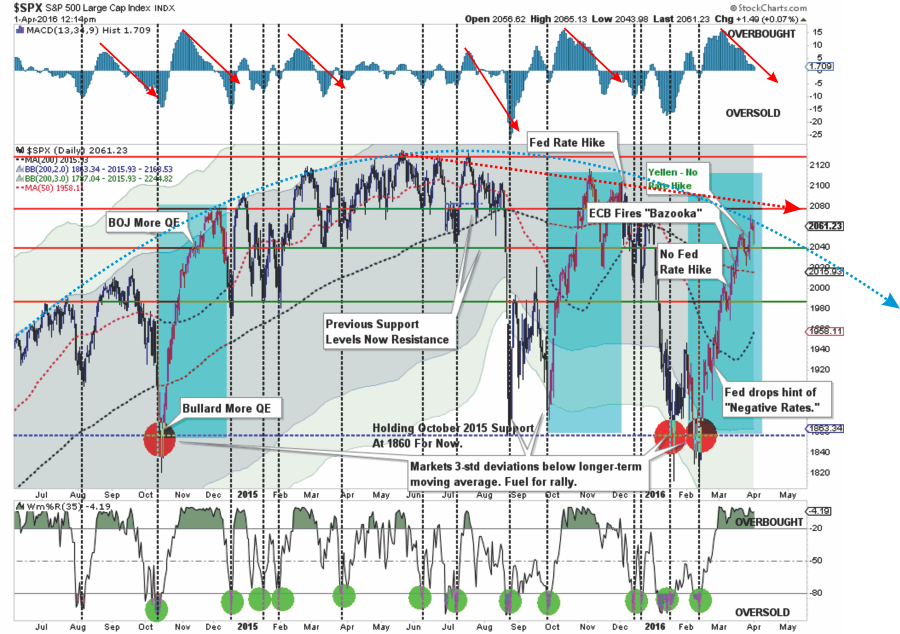 A good bit has happened over the last couple of weeks. The S&P 500 staged a sharp recovery from February closing lows due to repeated Central Bank actions during the month as well as an expected reflex rally fueled by short-covering. On a short term basis, the technical backdrop has improved markedly, but was it enough to change the longer-term trend of the markets from bearish back to bullish. This is the topic we will directly tackle this week.

While allocations have been very conservative since last May, avoiding the ensuing volatile declines last summer and the start of this year, I have repeatedly stated that interventions by Central Banks could nullify the “bear case” in the short-term.

Let’s start with a short-term (daily) view and update the previous observations.