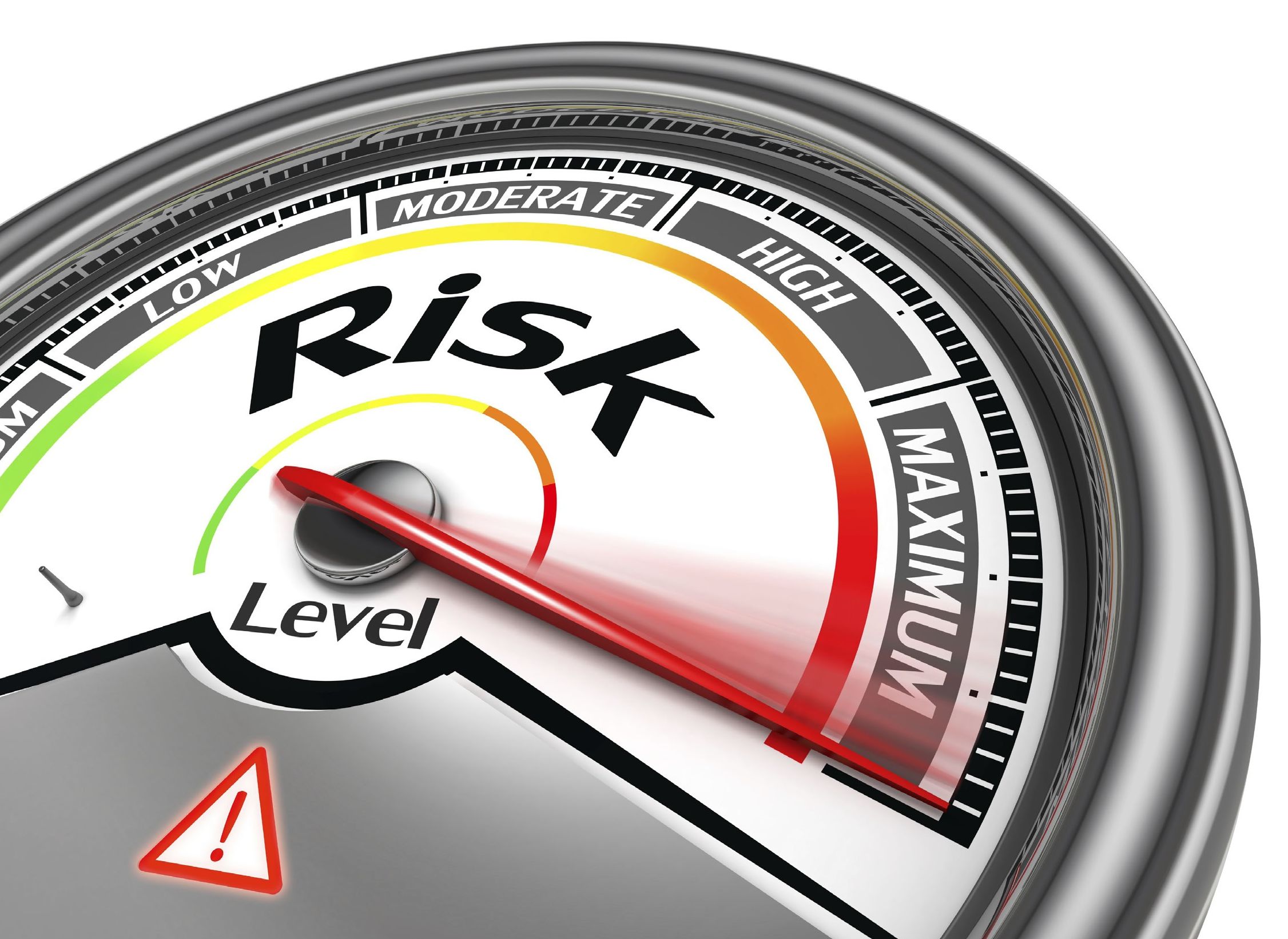 Mega-Risks Loom in the Next very few months and most will be realized. But for Investors properly positioned, they Provide Very Substantial Profit and Wealth Protection Opportunities. First let’s examine the Risks, then the Profit Opportunities.

Perhaps the Main One will be the slowdown in growth in China, the world’s second largest economy. This Slowdown will be Caused mainly by China’s serious drive to restrain unsustainable credit growth.

Indeed, credit outstanding (including to “Wealth Management” entities outside the formal banking system) is a Real Threat to China’s Economy and was recently estimated to be 260% of GDP. Indeed, China’s Credit has been rising twice as fast as China’s GDP. But China’s restraints on Credit Growth will lead to the slowing of China’s economy.

¾    A fall in Chinese Equities, the beginning of which is already evident in the Shanghai Exchange

¾    And because China is the 2nd largest Economy, these Negatives will adversely affect other Economies and Markets

Almost surely this coming Fall’s Budget Deal will require an increase in the Debt Ceiling. There will be several consequences of which the most important are:

¾    A great deal of Conflict and Consequent Uncertainly

¾    Strong leg up for Real Money, i.e., Gold and Silver (but only in certain Forms see Deepcaster’s recent Letter and Alerts), and Spike UP and then the beginning of the Great, probably multi-year, Bear Market for Key Sector Equities

¾    The beginning of a deeper and widely acknowledged U.S. Recession

¾    Consider the Real Numbers courtesy of shadowstats.com compared with the Bogus Official Ones (Note 1)

¾    An intensification of the Currency Wars among Central Banks, with one eventual Result being the $US loss of World Reserve Currency Status and either the Gold-backed Chinese Yuan or the IMF SDRs ascending to that Status.

Result: an even worse recession in the USA and China, and spreading Worldwide.

Political-especially in the USA, Eurozone and Mideast

Political Factors will continue to have an inordinate influence on the Markets going forward. Indeed, if the Deep State Neo-Con Globalist’s and Cultural Marxist’s Attempts (see Carrying Capacity Network’s February 2010 article re Cultural Marxism)  to destroy the Trump Administration continue to gain momentum, The Great Crash we forecast to begin in September/October could start sooner than even we have forecast it to begin (see our most recent Alert for likely Triggers).

But it could also be delayed, but not avoided by a successful Repeal and Replace Healthcare Bill and/or Corporate Tax Cut which might still cause a significant Market Bounce lasting for days or a few weeks, ifother Political Events do not continue to dominate.

Indeed, Equities Markets around the world have topped, or, in the case of the USA, are Topping, and the USA is almost done Topping!

Overview: the Markets have shot up since the U.S. Election (Dow has hit a record 21,000+) on the hope/sentiment that President Trump’s Optimistic speeches and Policies will usher in a New Era of a Booming Economy and Markets.

Unfortunately, as much as we would like to believe in that vision, the Economic and Geopolitical Realities/Headwinds which Trump inheritedare simply too great for that hope to be entirely fulfilled, at least in the short-term.

The $20 Trillion-plus U.S. Debt and $100 Trillion+ downstream Unfunded Liabilities are one problem which has not been dealt with! Indeed, those debts are unpayable absent currency devaluation. And China’s unpayable Debt to GDP is 260%! So China can not be the Savior of the International Economy. How are substantial Tax Cuts Possible without substantially raising the Debt Ceiling?

And we reiterate that, in addition, Due to the private for-profit U.S. Federal Reserve Bank’s low interest rate Policies, Many Companies and Countries are highly overleveraged (and Many Retirees devastated due to hyper-low rates on CDs etc). EXCESS DEBT IS THE GREAT TRAP and likely The Primary Cause (among several) of the expected Crash. (See our Buy Recommendation aimed at profiting from this.)

Moreover, until recently, the Markets have been pricing in Massive Trump Tax cuts. We expect there will be cuts, but not as substantial or as soon as the Markets expect, want, or are pricing in. And other Trump Initiatives are meeting strong resistance. And the RyanCare debacle has been disastrous. Therefore, Earnings Improvement (though Good for Q! 2017) Expectations will eventually be dashed. Result: More Impetus to the downside. See our most recent Alert for Timing.

Thus, The Fed will eventually have to print “Money from Helicopters” and that will be very inflationary.

If the Coming Crash is as severe as we have forecast, Banks will Fail. If the U.S. or other Entity fails to bail them out, then Assets in a bank in excess of $25,000 are subject to confiscation.

Specifically, under the “Adequacy of Loss-Absorbing Capacity” Mandate, approved by the G20, the failed bank can take Depositors’ money and convert it in to Equity in that (failed!) Bank!

Note that, Banks are already Failing in Greece, Puerto Rico, Argentina and Venezuela and are threatened in various Eurozone Countries. This will likely cause an increasing Ripple Effect since Credit Markets are interrelated.

The Bitcoin (and related Blockchain) Delusion/s

That Investors treat Bitcoin as anything other than a Rank Speculation amazes us.

Surely it is not a reliable Store of Value, nor a convenient Medium of Exchange—two Characteristics of Real Money.

1) One major Electro-Magnetic Pulse (e.g., from Satellites which North Korea already has circling the Globe) could take the Internet down for weeks or Months. And Bitcoin’s Fate?

2) And the Monetary and Law Enforcement authorities are surely Monitoring it to get a lead on crooks. Indeed, allowing Bitcoin to continue even though it is arguably illegal Money, is very convenient for law enforcement. The claim that it cannot be traced or hacked is nonsense.

3) And any government can make Bitcoin Transactions illegal at any time.  It is after all a Competitor to their Fiat Currencies. Therefore, we fully expect the Coming Crash would be a Trigger for a Bitcoin Meltdown.

Very serious and a Great threat to our Freedom as well as our Assets. See our Article “Profit and Protection from Threats to Our Freedoms” for more analysis and detail.

Deepcaster has Recently recommended several positions which should do well, or very well, in the event of Key Sector Crashes and/or Deeper Recession, for both Profit and Wealth Protection. See our Recent Alerts.

But there is one Asset class we expect to do very well—Real Money, i.e., Gold and Silver provided they are owned in a Non-Fraudulent, Not-merely-or-allegedly-Representative Forms. To see what Form/s we recommend for both Profit and Protection see our recent Letters and Alerts.

And there is one additional Impediment to owning and profiting from Gold and Silver.

A Fed-led Cartel of Mega-Banks has for years conspired and continues to conspire to Suppress their Prices. Of course they do this to push investors into their Fiat Currencies and Treasury Securities to enhance The Cartel’s Power, Wealth, and Control.

This Cartel is and can be beaten but the forms of an Investor’s of Gold and Silver Holding is here crucial as is Timing of Purchases. (See Deepcaster’s Letters and Alerts.)

We encourage those who doubt the scope and power of Overt and Covert Interventions by a Fed-led Cartel of Key Central Bankers and Favored Financial Institutions to read Deepcaster’s February, 2017 Letter entitled “Profit, Protection, Despite Cartel Intervention” in the ‘Latest Letter’ Cache at www.deepcaster.com. Also consider the substantial evidence collected by the Gold AntiTrust Action Committee at www.gata.org, including testimony before the CFTC, for information on precious metals price manipulation, and manipulation in other Markets. Virtually all of the evidence for Intervention has been gleaned from publicly available records. Deepcaster’s profitable recommendations displayed at www.deepcaster.com have been facilitated by Deepcaster’s attention to these “Interventionals.” Attention to The Interventionals facilitated Deepcaster’s recommending five short positions prior to the Fall, 2008 Market Crash all of which were subsequently liquidated profitably.

[See also our other recent Letters, Alerts and Buy Recommendations at Deepcaster LLC for further Analysis and Forecasts.]