Prepare for a Crisis 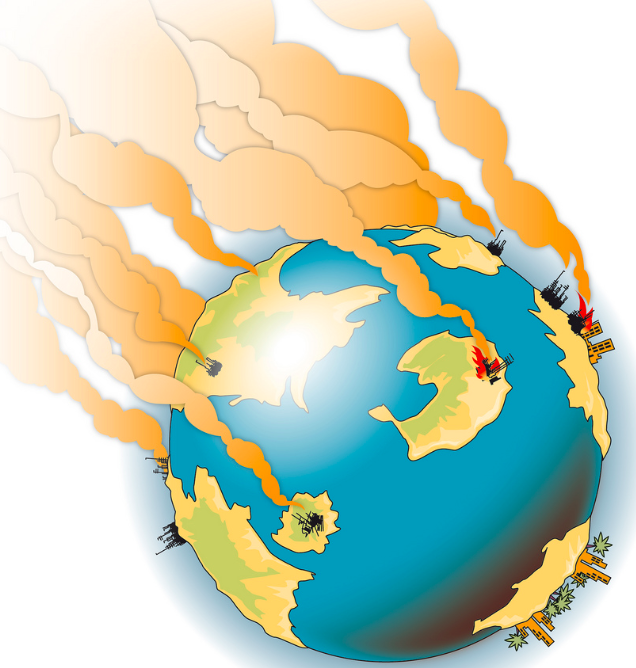 “There have been some very important gold-related events happening over the last few years.  A year ago, and more recently, I reported on the repatriation of gold by countries around the world. But now the second largest holder of gold, Germany, is apparently doing the same.

Via the Telegraph:   “The revelation came as Germany’s budget watchdog demanded an on-site probe of the country’s remaining gold reserves in London, Paris, and New York to verify whether the metal really exists.

The country has 3,396 tons of gold worth €143bn (£116bn), the world’s second-largest holding after the US. Nearly all of it was shifted to vaults abroad during the Cold War in case of a Soviet attack.

Roughly 66pc is held at the New York Federal Reserve, 21pc at the Bank of England, and 8pc at the Bank of France. The German Court of Auditors told legislators in a redacted report that the gold had “never been verified physically” and ordered the Bundesbank to secure access to the storage sites.   It called for repatriation of 150 tons over the next three years to test the quality and weight of the gold bars. It said Frankfurt has no register of numbered gold bars.    The report also claimed that the Bundesbank had slashed its holdings in London from 1,440 tons to 500 tons in 2000 and 2001, allegedly because storage costs were too high. The metal was flown to Frankfurt by air freight.   The revelation has baffled gold veterans. The shift came as the euro was at its weakest, slumping to $0.84 against the dollar. But it also came as the Bank of England was selling off most of Britain’s gold reserves – at market lows – on orders from Gordon Brown.

The watchdog report follows claims by the German civic campaign group “Bring Back our Gold” and its US allies in the Gold Anti-Trust Committee that official data cannot be trusted. They allege central banks have loaned out or “sold short” much of their gold.

The refrain has been picked up by German legislators. “All the gold must come home: it is precisely in this crisis that we need certainty over our gold reserves,” said Heinz-Peter Haustein from the Free Democrats (FDP).

The Bundesbank said it had full trust in the “integrity and independence” of its custodians, and is given detailed accounts each year. Yet it hinted at further steps to secure its reserves. “This could also involve relocating part of the holdings,” it said.

There’s obviously more to this story…and we shall soon see.”

This week, news came out that Germany’s Bundesbank will indeed repatriate its gold to restore public confidence in the safety of Germany’s reserves. It will retrieve all 374 tons of the bullion it currently keeps in Paris and 300 tons currently stored at the New York Federal Reserve Bank.

The process will take 8 years and bring about 19 percent of Germany’s gold reserves back to the Fatherland. Germany holds 3,400 tons of gold reserves – the most of any country, second only to the United States.

When the process is complete, Frankfurt will hold half of Germany’s gold. New York will retain 37 percent, and London will store 13 percent.

The Bundesbank’s announcement indicates that German leaders believe the global economic crisis may soon intensify. In other words, the currency war I talked about in my past letters is heating up.

On January 15, the Telegraph’s Ambrose Evans-Prichard said that the move represents “an extraordinary breakdown in trust between leading central banks.” He compared Germany’s actions to what happened in the 1960s, when the post-war currency system fell apart and France withdrew its gold from the United States.

While the Bundesbank said they have no intention of selling gold, they did say the move is “pre-emptive” in case a “currency crisis” hits the European Monetary Union. The bank’s official news release explained the move as follows:

“With this new storage plan, the Bundesbank is focusing on the two primary functions of the gold reserves: to build trust and confidence domestically, and the ability to exchange gold for foreign currencies at gold trading centers abroad within a short space of time.”

Germany hasn’t sold gold since the 1970s and I doubt they have any intentions to.

Generally, storing so much gold domestically doesn’t make sense. If a war were to ever break out and the opposing country takes over Frankfurt, that gold is no longer theirs. So why would Germany want so much of their gold back? Are they losing faith in France? In the Fed?

This move is a clear indication of public loss of confidence on foreign central banks and the integrity of the monetary union.  As I mentioned in past letters, other countries such as Venezuela, Libya, and Iran have also begun repatriating their gold holdings. They, along with Germany, are protecting themselves from the currency war at hand.

I have talked about currency wars in many of my past letters.

Japan’s Prime Minister Shinzo Abe has once again set the stage for a potential global currency war, announcing plans to create money and buy bonds as the government looks to stimulate their weakening economy.

However, Japan’s printing cannot be blamed solely on the country itself. When the Fed prints, other central banks have to print to keep up, or face a major decrease in their exports; thus a major decrease in economic growth. Japan has no natural resources or commodities and it relies solely on their innovation and exports for economic growth. When the Fed prints, so does the world.

Russia’s central banker Alexei Ulyukayev said that Japan is acting to weaken its currency and there is a danger that others will follow suit and foster a round of destabilising devaluations:

“We’re on a threshold of very serious, confrontational actions in the sphere that is known…as currency wars.”

In a recent article published by the Voice of Russia, it was said that Sergey Glaziev, one of the most influential advisors of the Russian president, sent a report to the Kremlin accusing both the US and EU of “legalized aggression” through unbridled monetary emission:

“As a key point of their anti-crisis policy, they (the US and EU) are refinancing their banks using negative real interest rates” and meanwhile “1.5 trillion dollars, 1.2 trillion euros and comparable amounts of yen and pounds are used to finance debt pyramids and acquire real assets across the world”.

Western banks are accused of blocking their debtors in “debt traps”, with the ultimate goal of “obtaining political control” and “seizing the real assets” of the debtors.

Sergey Glaziev considers that such a policy is actually a form of legalized aggression and that the world is in a state of financial war. According to the conclusions of this report Russia “cannot win this war” without some major changes in its own economic strategy.

Vedomosti reports that Vladimir Putin assembled a crack team of experts from Russian Academy of Science with a mission to create a brand new economic policy.

According to the Russian media, the report contains a warning regarding the risks of a global military conflict, “The conservation logic of the current financial and political system leads to a further escalation of military and political tensions, including the start of major war”.

There are solutions mentioned which serve as recommendations to avoid this outcome. A reform of the global financial system, spearheaded by Russia, is reported to be one of those solutions.”

As we are often brainwashed by domestic media, it may be difficult to see the severity and intensity of our current global financial battles. It is imperative to see the world not just from our own perspective, but from the perspective of other countries.

Russia, and many other countries, strongly believe that the continued printing of currency is leading to a worldwide restructuring of the global monetary system.

Russia and China are very big players with strong influence on global markets; Russia controls energy and China controls other commodities. Both of these countries have brilliant minds working behind the scenes to fight the current currency battles. We all need to take notice.

The rest of the world knows that currency is being printed with reckless abandon. As a result, countries around the world have begun to acquire real assets such as gold, silver, and other resource assets. Look for China and Russia to continue the mass purchases of natural resources and commodities assets around the world to spearhead a global currency regime.

If you think the commodities market is over or about to pop, think again.

I know everyone is tired of hearing about gold. It has barely moved in the last year and has bored many traders. But gold isn’t supposed to be exciting; it is serious.

Should the global currency crisis/war intensify – which it will – gold will be the last one standing. I’ve already mentioned how central banks around the world continue to buy gold. They are protecting themselves, are you?

As the People’s Bank of China official Zhang Jianhua said last month, “No asset is safe now…The only choice to hedge risks is to hold hard currency – gold.”

A few weeks ago, I told you I bought more physical silver below $30. That investment is already paying off, as silver is now showing strength and trading at nearly $32/oz. I would not be surprised to see silver move to $35 from here in short time.

Silver and gold coins continue to show buying power. Sales of American Silver Eagles for the month have already exceeded 5 million ounces and is on pace to set an all-time monthly record. However, we may not see this record breached…The United States Mint has temporarily sold out of 2013 American Eagle Silver Bullion coins…

Over the last few weeks uranium stocks have been trading with heavy volume as Russia’s state uranium firm ARMZ moved to purchase Canada’s Uranium One Inc. in private in deal worth $2.8-billion.

Meanwhile, a 20-year agreement to decommission old Soviet warheads and convert the uranium for use in reactors is due to expire this year. This agreement currently supplies one-eighth of world uranium needs. Experts don’t expect it to be renewed which should put upward pressure on prices.

Considering that ARMZ is state-owned and has shown an eager appetite to acquire uranium deposits, I would say they know something we don’t.

In my past letter, I said that uranium will soon be back in the spotlight. The World Nuclear Association has just issued a warning that world-wide uranium demand might exceed supply next year.

Given the growing intensity of the currency war, expect to see the price of uranium – and thus uranium stocks – move higher. Oil will soon do the same; other natural resources will too.