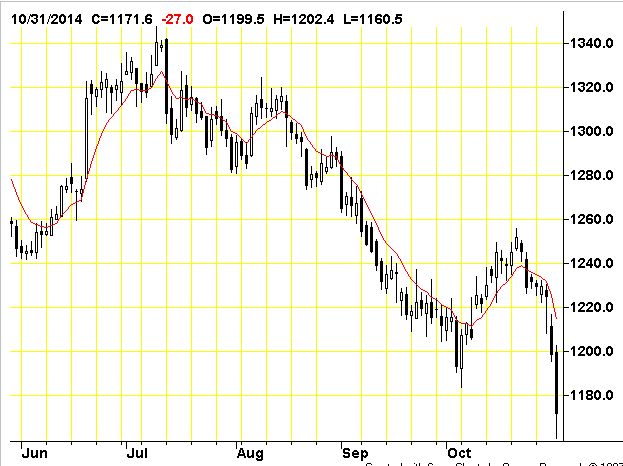 So here we are, finally reaching the long awaited phase III. Robert Rhea developed the 3 psychological phases of bull and bear markets in the 1930’s.”

“Phase III is best described as The Horror, which I penned on April 6th 2014, it was not meant as hyperbole it was intended as a warning… it is now the reality.”

We ended our last essay, entitled “Phase III , Apocalypse Now” with the question has your market guru been advising you to buy all the way down from the highs of 2011? If so, don’t you think its time to reexamine your premise. Well, if you have maybe you are ready to adopt a different strategy so as to survive the final phase III of this precious metals bear market. This final part 3 essay lays out a suggested game plan to both survive the bear and to transition to the next bull market in the PMs.

The official entry of phase III occurred last week with the violation of the December 2013 lows in the PM shares…..

….read this lucid and powerful essay with charts HERE