Pre-construction on Woodfibre LNG to start this year 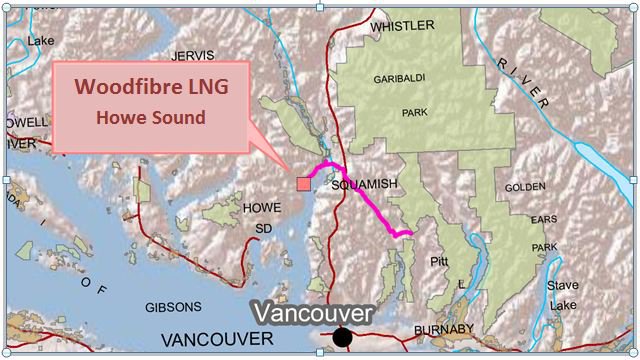 The Singapore-based company bankrolling the $1.6 billion Woodfibre LNG plans to spend US$500 million this year on the Squamish based project.

In an update to mayor and council in Squamish Tuesday, Woodfibre LNG’s new CEO, Christine Kennedy, said the company behind the LNG project, Pacific Energy Corp., has approved more than $600 million (US$500 million) in spending for the project in 2022.

“While we have not yet issued our final notice to proceed, this confirmed investment is indicative of our intent to start pre-construction work this year, and complete this critical low-emission energy project in 2027,” Kennedy said in a statement to BIV News.

Woodfibre officially set up its office in Squamish in 2013. Several setbacks have pushed back a final investment decision and construction start date, requiring Woodfibre LNG to get extensions to its environmental certificate…read more.