Portfolio Strategy And The Iron Laws 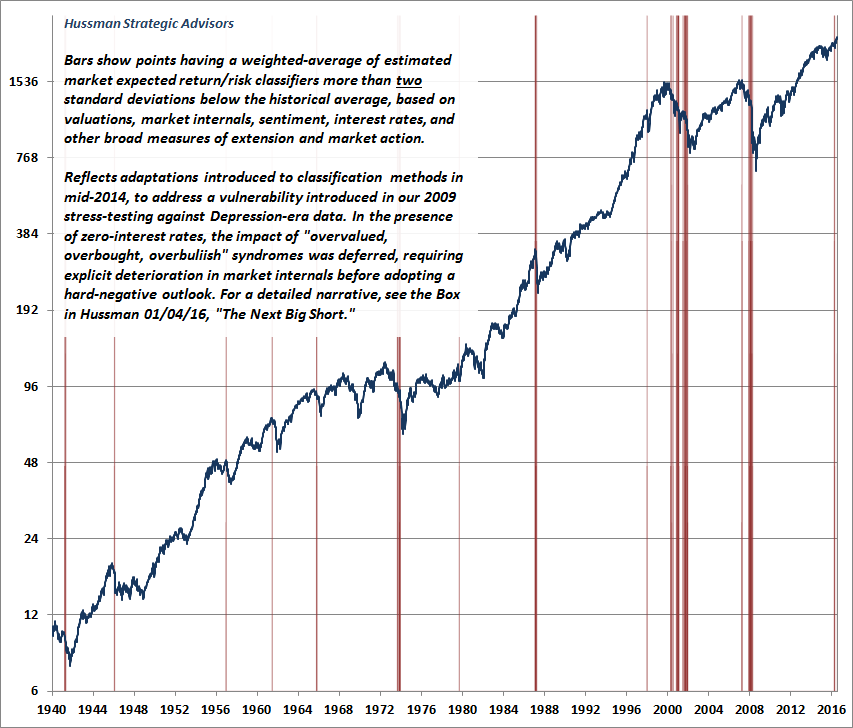 A few weeks ago, we observed the single most extreme syndrome of “overvalued, overbought, overbullish” conditions we identify (see Speculative Extremes and Historically Informed Optimism) at a level on the S&P 500 4% higher than the syndrome we observed in July. The S&P 500 has climbed about 1.5% further since then, and all of the features of this syndrome remain in place.

As I noted in December, except for a set of signals in late-2013 and early-2014 (when market internals remained uniformly favorable as a result of Fed-induced yield-seeking speculation), an overextended syndrome this extreme has only emerged at the market peaks preceding the worst collapses in the past century.