Posted by Reuters via Michael Campbell 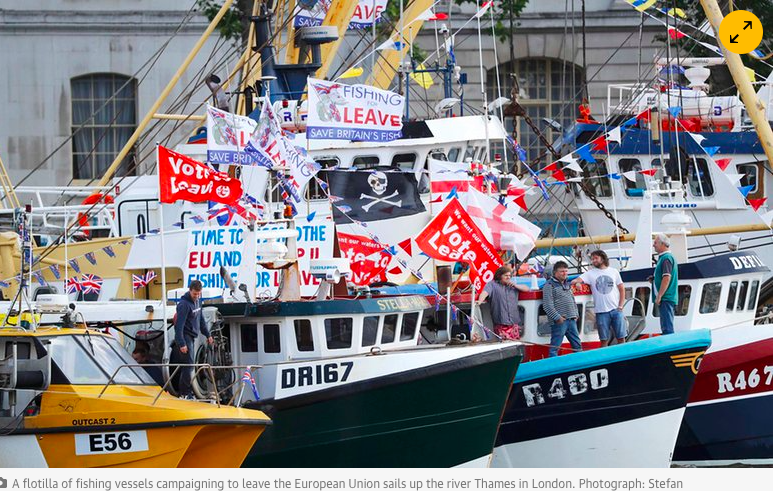 A profound example of Mike’s rejection of the elites –

Britain’s “Leave” campaign opened up a 7-point lead over “Remain” ahead of a referendum on membership of the European Union an opinion poll showed late Monday, while the nation’s biggest-selling newspaper urged readers to vote to quit the bloc.

The result of the June 23 referendum will have far-reaching consequences for politics, the economy

, defense, migration and diplomacy in Britain and elsewhere.

Recent polls are suggesting that momentum has swung towards the “Leave” camp, or a so called Brexit, unsettling investors. “Leave” in recent days has focused its campaign on the issue of immigration.

According to the YouGov poll for The Times, “Leave” held 46 percent support compared with 39 percent support for “Remain.” Undecided voters were 11 percent, while 4 percent won’t vote.

Last Monday The Times/YouGov had reported a 1 percent lead for the “Remain” campaign.

In another, though not unexpected, boost for “Leave,” media tycoon Rupert Murdoch’s Sun newspaper called on its readers to vote to quit the 28-member EU.

“The Sun urges everyone to vote Leave. We must set ourselves free from dictatorial Brussels,” said the tabloid, which has a circulation of 1.7 million.

Other polls published on Monday also put “Leave” ahead, while betting odds on Brexit narrowed.

That compared with a 52-48 percent split in favor of “Out” in ICM polls two weeks ago, the Guardian said. Those polls excluded respondents who answered “don’t know.”

A poll published on Friday which gave “Out” a 10 percentage-point lead added to pressure on sterling and pushed the cost of hedging against huge swings in the exchange rate to record highs [GBP/].

Including people who said they did not know how they would vote, the telephone poll showed 50 percent of people backed “Out,” 45 percent supported “In,” and 5 percent were classed as “don’t know”, ICM said.