PM Sector Update – not a Flag / Pennant, But a top – New Longs About to be Fleeced… 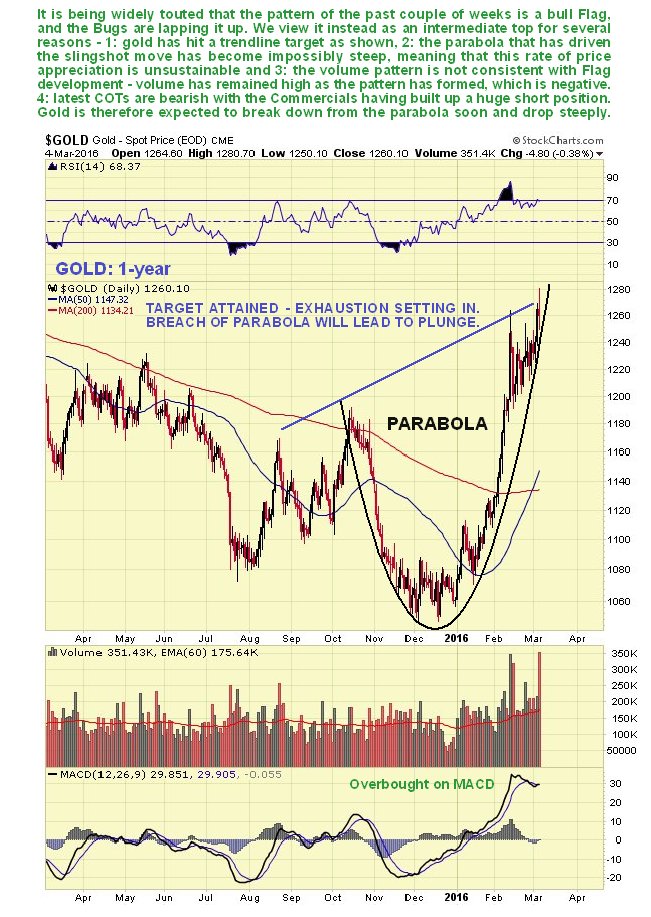 Many analysts and writers have described the pattern forming in the past couple of weeks in gold as a “bull Flag or Pennant” with some appearing to be “playing to the gallery” – i.e. telling their audience what they want to hear, which is that gold will continue to go up. I, on the other hand, decided that the triangle that had formed was not a continuation pattern, but a top, and said so about a week ago. So, as you will readily understand, I was not looking good when gold seemingly broke out upside on Thursday, and came in for considerable flak. However, on Friday there were some dramatic developments across the sector which look set to vindicate my stance.

When you buy a used car it is not enough to look at the clean shiny exterior and decide as many do, that the car is good – you have to know what its internal state is – the condition of the motor and the transmission etc. which means you have to poke around and dig deeper. In the same way it is not enough to look at the price pattern in something like gold and say “It’s looks like a bull Flag and therefore it is a bull Flag” – you have to know what’s going on beneath the surface – in the “internal plumbing” of the market so to speak, and we do this by using COT data and the volume pattern, and as we will see, the internal state of this market is not good at all and calls for a sharp drop soon that will take most by surprise. There are a number of compelling reasons to expect an intermediate correction in the Precious Metals sector imminently that could be severe, which we will now proceed to look at.

Starting with the 1-year chart for gold, we see that it has made a parabolic slingshot advance that has brought it to the trendline target shown, where the advance hit a wall. Many are expecting the choppy action of the past couple of weeks to be followed by another sharp upleg, but that looks highly unlikely for several reasons. In the 1st place, look at how steep the parabola has become – even if gold has started a new bullmarket, do you really expect it to just go up vertically, like a rocket, without any reactions or periods of consolidation?