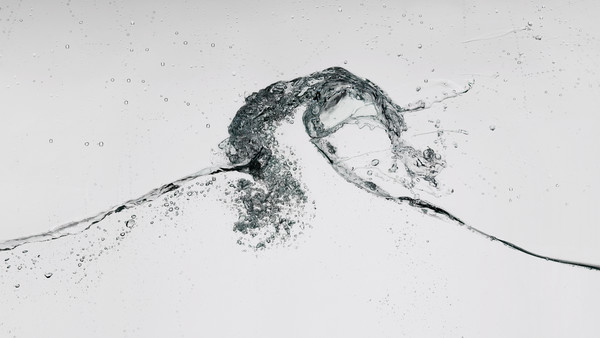 Physicists have been lured into the financial market for decades, prized for their insights and data-crunching skills. But in a time of turbulence, flash crashes and high-frequency trading, can they really spot things that others miss? Markets may be more like a body of water whose surface is constantly disturbed by new events and information, creating great waves whose energy is dissipated beneath the surface

Gene Stanley raises his fork, holds it out flat, a few inches above his plate of risotto. “The majority of traders still use Gaussian models and, when something outside the Gaussian happens, they have all these phrases, like ‘outliers’, but the main phrase is ‘shit happens’.”

He stares at his raised cutlery.

High quality global journalism requires investment. Please share this article with others using the link below, do not cut & paste the article. See our Ts&Cs and Copyright Policy for more detail. Email ftsales.support@ft.com to buy additional rights. http://www.ft.com/cms/s/2/8461f5e6-35f5-11e3-952b-00144feab7de.html#ixzz2iSZnAI8p

“Now, if we saw the forks start to levitate, it would be bizarre to say, ‘oh, shit happens’, but they do, that’s what they say. They say, ‘oh, you can’t predict everything’.”

With a chuckle, Stanley tucks back into his food.

The famous bell curve described by Carl Friedrich Gauss, the humble normal distribution that underlies so many statistical models, might explain most phenomena in a financial market but Stanley, professor of physics at Boston University, is interested in the levitating forks, the outliers, the “black swans” of Nassim Nicholas Taleb’s description.

This is the territory of econophysics, a discipline that sometimes sounds less like a collaboration between physics and economics and more like an attempted takeover of the latter by the former. By using the techniques of physics – poring through vast quantities of data in order to build models from the ground up, searching for patterns and, ultimately, for laws – econophysicists such as Stanley are trying to explain things that traditional financial theories do not.

In the past five years alone, investors have had to endure a US housing market collapse, a global credit crunch and a stock market “flash crash”. That is a lot of flying cutlery.

Banks and hedge funds have lured physicists for more than two decades, from the shrinking ranks of academic science or from corporate research departments such as Bell Labs in the US. The heads of trading desks were hungry for anyone who could bring new theory to the chaos of the markets or who could model the price of complex derivatives the same way they could divine laws for the physical world.

Little wonder. Vast fortunes can accrue to the most successful of these number crunchers, the so-called “quants” who can spot the market patterns that others cannot. Renaissance Technologies, the Long Island, New York-based hedge fund created by former codebreaker Jim Simons, now manages $39bn and provides a comfortable career for those trained as physicists, mathematicians and computer scientists.

Yet for some of those who have crossed over or undertaken research collaborations with traders, there remains a belief that the insights of physics have been imperfectly applied.