Russell & Rogers on The Current Situation 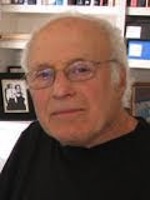 With S&P 500 is hitting new highs, and gold and silver are sitting roughly at two-year lows, it’s ususally good to listen to what these two old guy’s have to say: “The CPI is manipulated, and I believe gold is being manipulated as well. The Fed’s QE4ever is inflating everything — school tuition, haircuts, food, gas, insurance, medicine. They’ve already “rearranged” the CPI, so what’s left for them to do to keep us from knowing about inflation? Oh yes, it’s gold, so c’mon, Bernanke, keep the lid on gold. Slam it in after-market trading in the thin paper-gold markets of the night.

I promise you, when the true forces of inflation finally break loose, the Fed won’t be able to disguise what they’ve wrought. When the true forces break out — it will be a national disgrace and an emergency. ‘Then you will know the truth, and the truth will set you free.’ The rest of this year should be something to behold.”

“Right now, we have a very artificial situation. You have the central bank in America printing staggering amounts of money,” he tells Newsmax TV in an exclusive interview.

“There’s this gigantic artificial flow of money floating into our economy, and this is going to end badly because it is artificial.”

“It seems that Mr. Bernanke may be leaving in a few months,” Rogers says. “I guess he wants to get out before he has to deal with the hangover or the aftermath.” Bernanke’s term ends Jan. 31, 2014, and the consensus opinion is that he doesn’t want to serve another.

But as far as the Fed’s easing tactics are concerned, Rogers doesn’t see a smooth conclusion on the horizon.

“I don’t know how long it will last,” Rogers says. “I don’t see how it can last much more beyond this year.”