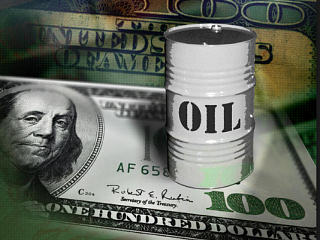 The U.S. PetroDollar system is in serious trouble as the Middle East’s largest oil producer continues to suffer as the low oil price devastates its financial bottom line.  Saudi Arabia, the key player in the PetroDollar system, continues to liquidate its foreign exchange reserves as the current price of oil is not covering the cost to produce oil as well as finance its national budget.

The PetroDollar system was started in the early 1970’s, after Nixon dropped the Gold-Dollar peg, by exchanging Saudi Oil for U.S. Dollars.  The agreement was for the Saudi’s only to take U.S. Dollars for their oil and reinvest the surpluses in U.S. Treasuries.  Thus, this allowed the U.S. Empire to continue for another 46 years, as it ran up its ENERGY CREDIT CARD.

And run up its Energy Credit Card it most certainly did.  According to the most recent statistics, the total cumulative U.S. Trade Deficit since 1971, is approximately $10.5 trillion.  Now, considering the amount of U.S. net oil imports since 1971, I calculated that a little less than half of that $10.5 trillion cumulative trade deficit was for oil.  So, that is one heck of a large ENERGY CREDIT CARD BALANCE.

Regardless… the PetroDollar system works when an oil exporting country has a “SURPLUS” to reinvest into U.S. Treasuries.  And this is exactly what Saudi Arabia has done up until 2014, when it was forced to liquidate its foreign exchange reserves (mostly U.S. Treasuries) when the price of oil fell below $100:

According to the Zerohedge article, Economists Puzzled By Unexpected Plunge In Saudi Foreign Exchange Reserves:

The stabilization of oil prices in the $50-60/bbl range was meant to have one particular, material impact on Saudi finances: it was expected to stem the accelerating bleeding of Saudi Arabian reserves. However, according to the latest data from Saudi Arabia’s central bank, aka the Saudi Arabian Monetary Authority, that has not happened and net foreign assets inexplicably tumbled below $500 billion in April for the first time since 2011 even after accounting for the $9 billion raised from the Kingdom’s first international sale of Islamic bonds.

….. Whatever the reason, one thing is becoming clear: if Saudi Arabia is unable to stem the reserve bleeding with oil in the critical $50-60 zone, any further declines in oil would have dire consequences on Saudi government finances. In fact, according to a presentation by Sushant Gupta of Wood Mackenzie, despite the extension of the OPEC oil production cut, the market will be unable to absorb growth in shale production and returning volumes from OPEC producers after cuts until the second half of 2018. Specifically, the oil consultancy warns that due to seasonal weakness in Q1 for global oil demand, the market will soften just as cuts are set to expire in March 2018.

The Saudi’s have two serious problems:

Now… why on earth would Saudi Arabia sell a percentage of its oil reserves if it has 60 more years of oil production in the future????  Something just doesn’t pass the smell test.  Is it worried about lower oil prices, or maybe it may not have all the reserves that it states?

Either way… it is quite interesting that Saudi Arabia continued to liquidate its foreign exchange reserves in April even though the price of oil was above $53 for the majority of the month.  I believe the Kingdom of Saud is in BIG TROUBLE.  That is why they are trying to sell an IPO to raise much needed funds.

As Saudi Arabia continues to liquidate more of its foreign exchange reserves, it means serious trouble for the PetroDollar system.  Again… without “SURPLUS” funds, the Saudi’s can’t purchase U.S. Treasuries.  Actually, for the past three years, Saudi Arabia has been selling a lot of its U.S. Treasuries (foreign exchange reserves) to supplement the shortfall in oil revenues.