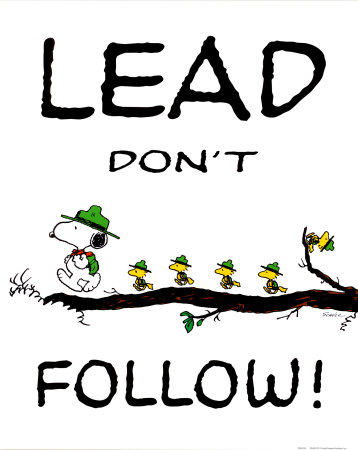 The stock market is included in the orthodox calculation of Leading Indicators. Problem is that at the end of a great financial bubble, such as in 1929 and 1873, the recession started virtually with the collapse of speculation, which was also the case in 2007. This is one of the features of a bubble and its collapse. Stocks peaked in October 2007 and the recession started in that fateful December.

Essentially, both the stock market and the economy recovered when the panic ended in March 2009. We have thought that the relation would continue such that the first business expansion out of the crash would end with the end of the first bull market. It should be admitted that we had thought that the US expansion would end with the commodity-high of last April. Usually we leave the discussion about recoveries and recessions to the cult of economics, but sometimes it’s worth a try. After all, the NBER typically determines the start of the recession – one year after the actual start.

A couple of weeks ago central bankers were comfortable that stimulus and fixes had – well – fixed things. No more easing was required. Then, this week’s hit to the markets seems to have dislocated policymaker confidence such that Bernanke had to state that he would not raise administered rates.  Our view has been that it has been market forces that have lowered such rates. In troubled times conservative funds go to the most liquid items and they are short-dated instruments in the senior currency and gold. This drives the former down in yield and the latter up in price.

The swing in Fed opinion reminds of Tokyo at its extraordinary peak at the end of 1989. Speculation was radical and policymakers were trying to talk the action down – which is always impossible because such speculation will run to collapse. With the initial break in the Nikkei, policymakers became nervous and talked about lowering margin requirements. Shortly after the top of a bubble??? Japan’s subsequent contraction has been one for the history books.

Our “new financial era” recorded a number of cyclical speculative thrusts and cyclical bear markets until a classical bubble was accomplished in 2007.  Despite easing that exceeds the determined efforts by the Fed at the start of the post-1929 contraction,

financial history remains on the typical post-bubble path. One could even say that central bankers have been extremely belligerent in attacking the normal forces of contraction.

However, sovereign debt markets are saying that it is not working well. An updated chart on the “Spanish Fandango” follows.

With the break in overall confidence, the long bond jumped almost 5 points in three trading days. Junk, high-yield bonds, and sovereign debt sold off.  The sub-prime which had rallied from 38 in October to 52.5 in February has slumped to 47.4. The chart has broken down and the target is the 38 of last October.  Municipals are close to ending their test of the highs in February.

This year’s seasonal reversal to widening in May could lead to very unsettled credit markets later in the year.

The long bond was oversold and the bounce has corrected this condition and the price is likely to drift down to test the low.

Action in lower-grade stuff has not been healthy, and an economist at an orthodox place (IMF) has discovered that there is not enough collateral behind all of the debt. In Victorian times this was called “over trading” and today its “leveraging”. No matter what the term, it is always followed by liquidation or in today’s terms “de-leveraging”. The next stage could inspire articles that it is impossible for the world’s economy to generate enough income to service the debt burden.

There will be plenty of opportunity for a “new” wave of young economists to point out the glaring blunders of the ancient and “barbarous relic” of interventionist economics.

Base metals and crude oil declined enough to prompt a rebound with the Fed turning on the speculation switch again. Neither were oversold enough to set an intermediate bottom. Natural gas got headlines in declining below $2.00, but it is not as oversold as at the 2.23 low in January. Also, late April often sets a seasonal high.

Agricultural prices suffered a hit last week, but not enough to break the chart out of the narrow trading range. Coffee clearly needs a jolt as it has given up most of the huge gain to April last year. It seems that the sector is being keep together by strong action in soybeans and soybean meal. These are becoming rather overbought at close to last year’s highs.

After mid-year, adverse credit spreads, a slowing global economy and a firming dollar could trash most commodities – again. The chart shows three “over-boughts” – at 474 in 2008, 370 last April and at 326 in February.

Bernanke renewed his vows to depreciate the dollar, which brought the DX back into its trading range. However, this is still within the pattern leading to a significant advance.

Getting above overhead resistance at 81 could set the launch button. For day-traders May is a long time away, but for investors it is nearby and could record a reversal in credit spreads and forex markets.

Signs of the Times:

We ran “Boom Sayer” exclamations for four weeks and considering the nature of volatility it is reasonable to conclude that current excesses will eventually be followed by “Doom Sayers”.

But, let’s not be hasty – usually the next step from complacency is “Ooops!”.

And that might have begun with this week’s discovery that the “fix” on Euroland debt won’t last as long as even the shorter maturities become due.

“The biggest wave of state-and-local government debt refinancing in two decades is helping fuel the longest winning streak for municipal bonds since 2007.”

“Taxable municipal bonds are poised to extend their best rally in 18 years.”

“Across the Eurozone, and beyond, hedge fund managers are now pointing to ‘significant’ pricing anomalies not seen since 2008.”

“JP Morgan trader of credit-derivative indexes [linked to the health of corporations] has amassed positions so large that he is driving price moves in the $10 trillion market.”

Of course, these preceded Tuesday’s setback, but their significance is that there is considerable speculation in credit markets. As we have been noting, favourable trends in corporate spreads ended in February. This could reverse to widening over the next four to six weeks.

As we have been noting, “Boom Sayer” exclamations from March and April last year were remarkably similar to this year’s list. The best of last year’s have been published and, essentially, they ended in April, which suggests a pattern.

Stock market action in both years set a momentum high in February with positive sentiment recorded in March and April – accompanied by bullish raves.

This week saw some “sudden” exclamations of dismay. Does it indicate a new trend?

Link to April 13 ‘Bob and Phil Show’ on TalkDigitalNetwork.com: