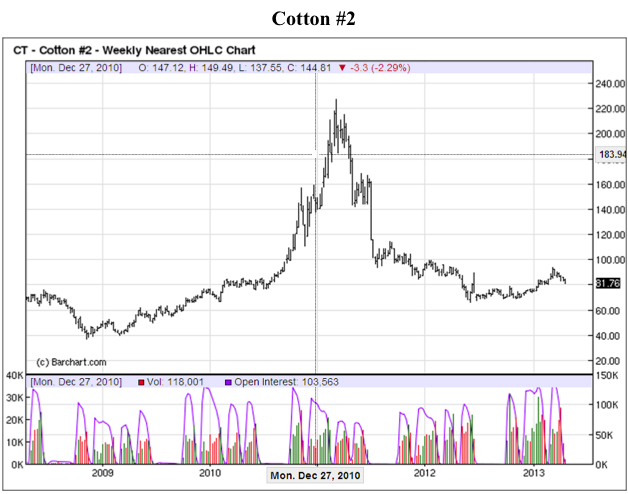 Financial bubbles are not new and the following quotes from our files date back to 1599.

“The use of the term ‘Bubble’ in this connection is often supposed to have been the creation of the South Sea period, and it is sometimes derived from ‘Bob’. Shakespeare has a ‘bubble reputation’, and Wycherley describes one of his characters as ‘Bubbled of his mistress’. The plates in HET GROOTE TAFEREEL DER DWAASHIED, 1720, show that the word was understood literally, and was closely connected with air bubbles – as something unsubstantial, which was capable of ‘being blown up’ rapidly and was liable to burst.”

– William Robert Scott, 1911, The Constitution and Finance of English, Scottish and Irish Joint-Stock Companies to 1720

The pamphlet, The Bubblers Mirrour of English Folly, published in 1725, provided:

“A list of ye bubbles with the prices they were subscribed at, and what each sold at when highest, together with Satyrical Eppigrams upon each, by ye author of ye S. Sea Ballad.”

– quoted by Charles Duguid in The Story of the Stock Exchange

One such “eppigram” is provided in JOHN LAW: The Father of Paper Money, by Robert Minton:

“My shares which on Monday I bought were worth millions on Tuesday I thought; So on Wednesday I chose my abode; In my carriage on Thursday I rode; To the ball-room on Friday I went; To the workhouse next day I was sent.”

Fed Chairman, Alan Greenspan, stated that a bubble could not be identified until it was over. In the final stages of the infamous 1720 South Sea Bubble the term was used by participants in real time, with no ambiguity.

“A senior Chinese auditor has warned that local government is ‘out of control’ and could spark a bigger financial crisis than the US housing market crash.”

“China’s property rebound gathered pace in March as new home prices jumped the most in 10 years.”

Interesting times – the gold futures market gets hit with some 400 tons of a suddenly unwanted position. Then someone hacks into the Associated Press wire and plants a rumor about another bomb in the White House. The first one has been there since January 2009. Tuesday’s “bomb” drove the S&P down from 1578 to 1563 in an instant, then revealed as a fraud and the market bounced back. The other White House bomb is political and yet to be defused.

Legitimate news reports continue to surprise with “sudden” drops or numbers below the consensus. That’s in a number of countries, some of which have become very bold, if not belligerent, in buying bonds. The notion that a serious policy move will “kick start” a slowing economy seems endemic to central banking. And yet there is no evidence of intervention materially changing the business cycle, which comes and goes on its own. The only thing the Fed does is enhance price inflation on the recoveries.

Then when the “recovery” does not need any more credit the extra goes into whatever the public decides to speculated in. Lately it has been in lower-grade bonds and the US stock markets.

Some people are talking about where the speculation is not going. This would gold and silver as well as many commodities. Weakness in the latter has been signaling a weakening global economy and as the “inflationists” discovered this they have sold precious metals. Unfortunately this liquidation has been faster than the increase in investment demand as orthodox investments become increasingly risky.

The result has been panic selling of gold and silver and almost panic buying of stocks and bonds. The intensity of each side has been enough to indicate ending action.

On the political side, America is not as ungovernable as it seems. It is mainly the administration that has become ungovernable.

On the intermediate term, base metal prices (GYX) have been under selling pressure since the nice high at 404 in February. It was unable to get above that resistance level and rolled over.

Tuesday’s low of 338 took out the low of 346 set with the last summer’s European credit crisis. On the longer term, this confirms our view that the “speculative surge” to 502 in 1Q2011 would set a cyclical peak.

This also confirms that the global economy is in the early stages of a cyclical global recession.

On the near term, Sunday’s ChartWorks noted that copper was oversold and had registered a “Sequential Buy” pattern. A brief rally has started.

This could prompt a stock market rotation whereby some cyclical sectors could do well for a while. An intermediate rally seems unlikely.

Going the other way, natural gas has become overbought.

In early 2011, we also thought that the grains (GKX) could set a cyclical peak. The high was 571 in March 2011 and the key low was 381 just before last summer’s European debt crisis. The drought high was 533 and a steady decline to 413 followed. That was set yesterday and it is uncertain if “joy” in base metals will inspire a grain rally.

The 8% plunge in only two days at the end of March was a “heads up” on all commodities. It also contributed to the failure in gold and silver.

Agricultural prices could trade sideways for around six weeks.

Crude’s plunge from the “Reversal” at 97.80 on April 1st to 85.90 on Monday was dramatic. The Daily RSI was oversold and the pop in prices to day’s 94 is rather fast. There is resistance at this level. The Weekly RSI is neutral.

Of interest is the action in cotton. From a low of 70 last summer it climbed to 94 in mid- March. The last four weeks of the rally drove it to overbought. The breakdown was at the 88 level and now it is at support at 83.

This appears to be another “broken” commodity. The big low was 40 in the 2008 Crash. The big high was 205 set in the fateful 1Q2011. The subsequent low at 68 last summer confirmed the cyclical bear. Hot action in lower-grade bonds has continued “like there is no tomorrow”. The yield on the benchmark Spanish 10-Year has plunged from 5.45% in early February to 4.28% today (chart follows). In considering it in price terms, and to use another cliché, “breakouts don’t count if it is your buying”. The high yield in last year’ panic was 7.50% and the low in the halcyon days of late 2010 was 3.71%.

The problem is that it is not just central bank buying, “everyone” is in the game. Reaching for yield has become a compulsion and it seems like one of “those” booms in the old Vancouver Stock Exchange. Enjoying the mania a veteran broker would shout “Buy 20,000 AOT!”. Of course, AOT is the symbol for “Any Old Thing”.

The more intense this becomes the more interesting it is for us. Often hot action going into May can be met by a serious reversal. It is a long-running seasonal item that could underlie the old “Sell in May and go away”.

In anticipation of last year’s debacle, it declined from .342 in early March to .278 in late June. It was a “killer” May reversal in spreads. The calamity climaxed in July 2012.

In 2008, the pattern completed later in the season with the reversal accomplished in the middle of June.

Also as noted, in 1998 the full force of the establishment was fully committed to narrowing credit spreads. The experiment crashed with LTCM. The establishment was also dedicated to the bear raid on gold. The unwinding of LTCM short positions involved selling of England’s gold – right down to 253 dollars.

As noted last week, a similar pattern in the spring of 1998 set up the LTCM disaster that was discovered in that fateful August. The overall panic lasted into October as Citigroup, for example, plunged by 40 percent.

This spread monitor is providing what has been a reliable warning as participants, including central banks, are “Buying AOT!”.

As in 2008 and 1998, Wall Street and its central bankers are vulnerable to a seasonal reversal. Over the past four weeks the US dollar has been in a narrow trading range, essentially, between 82 and 83. Daily and Weekly momentum readings are neutral. It seems that the DX could decline a little over the next few weeks.

However, on the bigger picture the last important low was 72.70 set in May 2011. That was at the most oversold Weekly RSI since just before the 2008 Crash. The reversal to rising was part of the disaster that was maximized at the key high of 88.71 in May 2010.

A sharp down tick could set the dollar up for the next serious rally.

There has been support for the Canadian at 97, which became a test last week. The rise with firming metal prices could take it up to the 98 level.