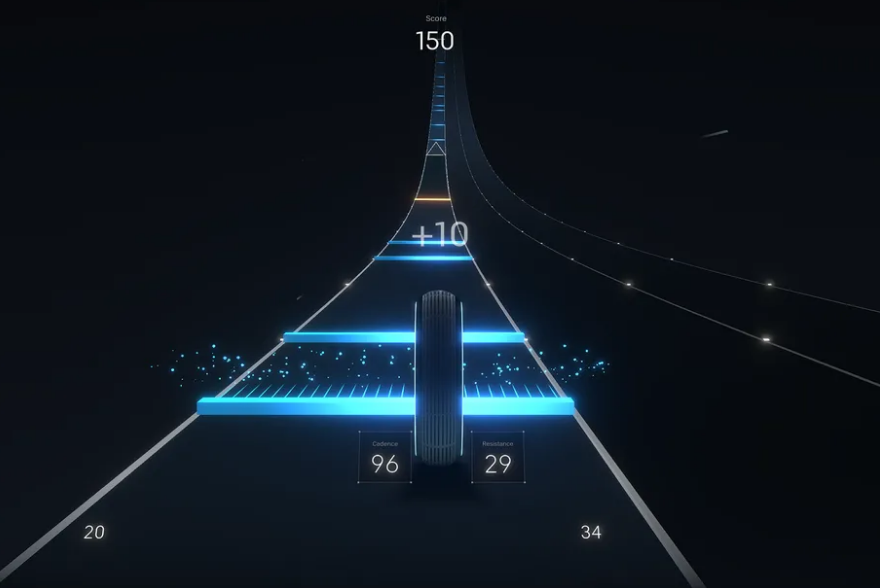 Peloton is entering the video game business. Today the company announced its latest idea to get people to exercise: an in-app video game tentatively called Lanebreak. The game, which will only be available for Peloton bike owners and subscribers, involves riders changing their cadence and resistance to meet various goals and control an on-screen rolling wheel. Players can choose a difficulty level, the type of music they want to hear, and the duration of the track before starting. The game isn’t available yet, but a members-only beta will open later this year. Peloton hasn’t share details around how people will be able to sign up.

The game’s vibe and interface reminds me of the Rainbow Road in Mario Kart, with a track trailing off into the universe. It’s more or less the same on Lanebreak, except instead of controlling Mario, you’re pedaling to keep your tire moving and meet specific goals. There are three types of challenges and ways to earn points: Pickups, which means that so long as you’re in the lane that the game commands, you’ll earn points; Streams, which reward you based on your cadence; and Breakers, which reward you based on energy output…read more.