Outside the Box – The BIS Warns on China

Posted by John Mauldin - Outside The Box 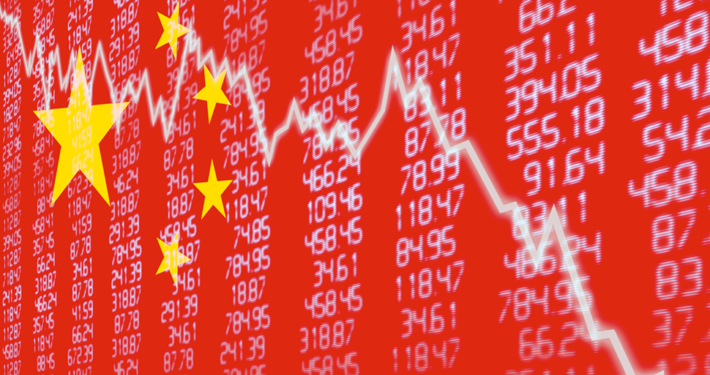 I’ve been saying for the past couple years that the next recession here in the US will probably be triggered by an external macro event or cascade of events, coming out of Europe or China. Today’s Outside the Box sharpens our focus on China, which had already got quite a lot sharper with Michael Pettis’s piece in Outside the Box on Sept. 2.

Today’s post comes from Ambrose Evans-Pritchard of the London Telegraph. He is commenting on the recently released quarterly report of the Bank for International Settlements (“the central banks’ bank”), in which the BIS repeats Pettis’s warning that China faces escalating risk of a major debt and banking crisis.

The BIS is also rightly concerned about spillover from China to the global economy. After noting that outstanding loans in China have reached $28 trillion – as much as the commercial banking loan books of the US and Japan combined – Ambrose adds, “The scale is enough to threaten a worldwide shock if China ever loses control. Corporate debt alone has reached 171pc of GDP, and it is this that is keeping global regulators awake at night.”

Total Chinese debt reached 255% of GDP at the end of 2015, a jump of 107% in the past eight years – and still rising fast. Every year, China’s leadership promises to rein in debt growth, and every year the growth just keeps accelerating. That is because China’s GDP growth is fueled by debt, and that debt is becoming increasingly inefficient in producing GDP.

Does China still have the resources to deal with this issue? The answer is a qualified yes – but then there may not be the resources to deal with the other little items on China’s shopping list. The New Silk Road that China seems to be actually in the process of building is estimated to cost $1 trillion, and that’s without cost overruns. Plus, the Chinese leadership has promised massive spending on the interior part of the country to bring up the quality of people’s lives there.

One trillion here and one trillion there, and pretty soon you have run through your reserves and are getting into monetization problems; and then you have all sorts of currency and related issues, not to mention potential inflation, unemployment, the slowing of the economy, the associated public unrest, and so on.

No, I do not think China is going to massively implode, but the world is really not ready for a China that is only growing at 2% or 3% a year. (Even though 2–3% growth would sound pretty good if it was happening in the US.) That will feel a lot like a hard landing as far as world growth is concerned. All happening when there are unsettled political agendas in a number of countries (starting with this one) with regard to globalization and trade treaties.

I am back in Dallas after spending the past few days with Shane in Denver. I got to catch up with David Rosenberg and Mark Yusko and have lunch with George Will. George, who is normally upbeat as he looks to the future, spoke after lunch at the conference and delivered one of the most depressing speeches I have heard in a long time. He was just not in a good mood. I should have tried to engage him on baseball, and the afternoon might have been more enjoyable.

Have a great week and savor the last few days of official summer.

Get John Mauldin’s Over My Shoulder

“Must See” Research Directly from John Mauldin to You

Be the best-informed person in the room
with your very own risk-free trial of Over My Shoulder.
Join John Mauldin’s private readers’ circle, today.

By Ambrose Evans-Pritchard
Originally published in the Telegraph, Sept. 19, 2016

China has failed to curb excesses in its credit system and faces mounting risks of a full-blown banking crisis, according to early warning indicators released by the world’s top financial watchdog.

A key gauge of credit vulnerability is now three times over the danger threshold and has continued to deteriorate, despite pledges by Chinese premier Li Keqiang to wean the economy off debt-driven growth before it is too late.

The Bank for International Settlements warned in its quarterly report that China’s “credit to GDP gap” has reached 30.1, the highest to date and in a different league altogether from any other major country tracked by the institution. It is also significantly higher than the scores in East Asia’s speculative boom on 1997 or in the US subprime bubble before the Lehman crisis.

Studies of earlier banking crises around the world over the last sixty years suggest that any score above ten requires careful monitoring.  The credit to GDP gap measures deviations from normal patterns within any one country and therefore strips out cultural differences.

It is based on work the US economist Hyman Minsky and has proved to be the best single gauge of banking risk, although the final denouement can often take longer than assumed. Indicators for what would happen to debt service costs if interest rates rose 250 basis points are also well over the safety line.

China’s total credit reached 255pc of GDP at the end of last year, a jump of 107 percentage points over eight years. This is an extremely high level for a developing economy and is still rising fast .

Outstanding loans have reached $28 trillion, as much as the commercial banking systems of the US and Japan combined. The scale is enough to threaten a worldwide shock if China ever loses control. Corporate debt alone has reached 171pc of GDP, and it is this that is keeping global regulators awake at night. The BIS said there are ample reasons to worry about the health of world’s financial system. Zero interest rates and bond purchases by central banks have left markets acutely sensitive to the slightest shift in monetary policy, or even a hint of a shift.

“There has been a distinctly mixed feel to the recent rally – more stick than carrot, more push than pull,” said Claudio Borio, the BIS’s chief economist. “This explains the nagging question of whether market prices fully reflect the risks ahead.”

Bond yields in the major economies normally track the growth rate of nominal GDP, but they are now far lower. Roughly $10 trillion is trading at negative rates, and this has spread into corporate debt. This historical anomaly is underpinning richly-valued stock markets at time when profit growth has collapsed. The risk is a violent spike in yields if the pattern should revert to norm, setting off a flight from global bourses. We have had a foretaste of this over recent days.  The other grim possibility is that ultra-low yields are instead pricing in a slump in nominal GDP for years to come – effectively a trade depression – and that would be even worse for equities.

“It is becoming increasingly evident that central banks have been overburdened for far too long,” said Mr Borio.

The BIS said one troubling development is a breakdown in the relationship between interest rates and currencies in global markets, what it describes as a violation of the iron law of “covered interest parity”.

The concern is that banks are displaying a highly defensive reflex, and could pull back abruptly as they did during the Lehman crisis once they smell fear. “The banking sector may become an amplifier of shocks rather than an absorber of shocks,” said Hyun Song Shin, the BIS’s research chief.

This conflicts with what the Bank of England has been saying and suggests that recent assurances by Governor Mark Carney should be treated with caution.

Yet it is China that is emerging as the epicentre of risk. The International Monetary Fund warned in June that debt levels were alarming and “must be addressed immediately”, though it is far from clear how the authorities can extract themselves so late in the day.

The risks are well understood in Beijing. The state-owned People’s Daily published a front-page interview earlier this year from a “very authoritative person” warning that debt had been “growing like a tree in the air” and threatened to engulf China in a systemic financial crisis.

The mysterious figure – possibly President Xi Jinping – called for an assault on “zombie companies” and a halt to reflexive stimulus to keep the boom going every time growth slows. The article said it is time to accept that China cannot continue to “force economic growth by levering up” and that the country must take its punishment.

One bright spot is a repayment of foreign debt denominated in dollars. Cross-border bank credit to China has fallen by a third to $698bn since peaking in late 2014 as companies scramble to slash their liabilities before the US Federal Reserve raises rates. The tally for emerging markets as a whole has fallen by $137bn to $3.2 trillion. China’s problem is internal credit. The risk is that a fresh spate of capital outflows will force the central bank to sell foreign exchange reserves to defend the yuan, automatically tightening monetary policy. In extremis, this could feed a vicious circle as credit woes set off further outflows.

The Chinese banking system is an arm of the Communist Party so any denouement will probably take the form of perpetual roll-overs, sapping the vitality of economy gradually.

The country was able to weather a banking crisis in the late 1990s but the circumstances were different. China was still in the boom phase of catch-up industrialisation and enjoying a demographic dividend.

Today it is no longer hyper-competitive and its work-force is shrinking, and time the scale is vastly greater.