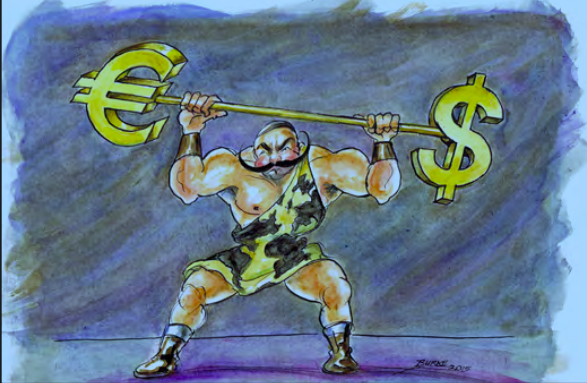 ‘The close of the paradigm’

The irony in this year’s batch of outrageous predictions is that some of them are “outrageous” merely because they run counter to overwhelming market consensus. In fact, many would not look particularly outrageous at all in more “normal” times – if there even is such a thing!

In other words, it has become outrageous to suggest that emerging markets will outperform, that the Russian rouble will be the best-performing currency of 2016, and that the credit market will collapse under the weight of yet more issuance. We have been stuck in a zero-bound, forward-guidance lowering state for so long that there exists a whole generation of traders who have never seen a rate hike from the Federal Reserve. As we close out 2015, it has been nearly 12 years (early 2004) since the US economy was seen as recovering strongly enough to warrant starting a series of hikes – and that series ended in early 2006, nearly ten years ago…..continue reading HERE