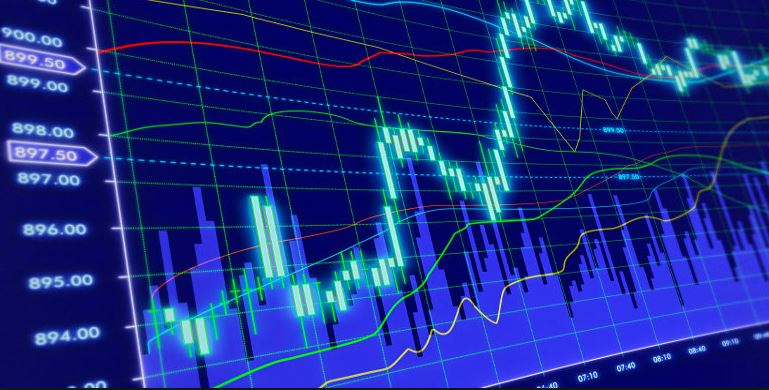 2018 was both an uncharacteristic and more challenging year in the equity markets than most imagined it would have been one year ago.  The year began well enough for the equity markets in North America, with a hiccup in February which was significant enough to suggest that the market may be more fragile than in previous years. Nonetheless, by the summer both markets briefly reached all-time new highs.  This was particularly welcome for the anemic TSX here in Canada which had struggled to match the high it set back in 2014, 4 years prior.  However, after setting that new high in July the TSX slowly rolled downward, falling over 10% and now stands, depressingly, 9% below where it was almost 5 years ago.

Similarly, the S&P 500 achieved a new high in October before collapsing in dramatic fashion, losing almost 20% by Christmas Eve.

Our sophisticated process, mathematically structured to insulate portfolios during market corrections, continued to outperform.  The primary P1 to P5 portfolios slipped between -2.99% (P1 – Very Conservative) and -4.87% (P5 – Growth) after fees over the same time frame, with all portfolios experiencing just a fraction of the market downside and volatility.  Long-term performance remains intact.

As we consider 2018 it is important to keep in mind that there were no systemic problems in the market or economy that caused the selloff, rather general confidence was nibbled away at by a thousand ducks.  The equity markets were extended and generally more expensive than in most years creating an air pocket; trade war concerns between the United States and China as the U.S. continues to seek a more equitable trade balance (and to protect against state-sponsored theft of intellectual property) shook confidence; the Republican loss of the lower House to the Democratic Party was perceived as negative for tax policy and regulation; a slowdown in Europe, and in particular Germany which may now be in recession.

While each of those listed inputs were and are valid concerns, perhaps the most impactful input has been rising interest rates driven by the U.S Federal Reserve in response to a growing economy. With U.S. GDP growing at +3.5% in the 3rd quarter, the U.S. Federal Reserve has raised rates 9 times in a row in order to keep the lid on a hot economy (and to create room to lower rates when the inevitable recession appears). However, this puts pressure on the equity markets for several reasons. With money more expensive, companies cannot borrow capital to expand as easily as they could previously, nor can investors borrow with impunity to invest as they had previously. Additionally, higher rates create a more competitive environment for investment capital as investors begin to buy more bonds, fixed income and guaranteed investments because the interest rates have become more attractive, leaving less capital for the equity markets.

With the above said, markets tend to overreact to events or to new economic environments. Additionally, trade wars end and slowdowns such as the one Germany is experiencing are normal.  Again, it’s important to point out that there is no systemic economic problem, simply a market which is adjusting.

In our December note to you we mentioned that the equity market reaction to rising rates was overdone (markets had fallen too far in reaction) and that a sharp oversold bounce was likely. Our McIver Capital Management call has proven to be accurate. The equity markets have popped +9% – 10% since the market bottom on Christmas Eve but remain well below their summer highs from last year.

In the short term, Technical Research (charting) suggests that a retest of December lows is likely near the end of January or early February. Double bottoms are very typical of bull market corrections.  While this may not feel comfortable if indeed we do roll back down, such market movements are normal and natural. Since 1950 there have been 3 previous -20% peak to trough non-recession corrections and, in all instances, the market behaviour has been consistent – once the market reached its climactic low there was a sharp reflex rally followed by a retest of that low within 4-5 weeks. This supports the likelihood that the second leg of the double bottom will occur in a few weeks.

While we are not here to cheerlead the stock market and we do not pretend to have a crystal ball, research suggests that the larger picture remains positive and conducive to higher equity prices. Several factors suggest this. Firstly, inflation remains subdued and certainly under control. Secondly, the U.S. Treasury 2 – 10 year yield curve remains positive and has not inverted (an inverted or negative yield curve suggests a pending recession within 2 years). Thirdly, U.S. corporate earnings may very well beat expectations this coming quarter providing a positive catalyst for the markets. Lastly, fears of a recession are likely overblown and are not supported by the data.

We are not alone in our opinion. Market targets by the respected RBC Global Asset Management and Canaccord Genuity (among many others) both exceed 10% over the next year for both the U.S. equity markets and the TSX here in Canada.  As do their targets for Europe, Japan and emerging markets.

All this data and research suggest that 2019 should be a nicely profitable one.  If you have cash on the sidelines, you may want to consider deploying it within the next few weeks if we do indeed retest the December lows. Please just let any of us at McIver Capital Management know how we can help.

Canadian equity markets have dramatically underperformed the U.S. and other international markets over the past 4 to 5 years.  As mentioned earlier the TSX is now 9% below where it was almost 5 years ago.  There are several reasons for this, the most impactful being a bear market in base commodity prices which are the backbone of the Canadian economy.  However, this has been exacerbated by a lack of transparency on domestic tax policy, rising personal and corporate taxes (making us less competitive), large unexpected federal government deficits and an international business community that sees Canada as politically resistant to future growth in its resource sector.

While those current realities have resulted in a stagnant market over the past number of years, they have also created an opportunity.  Firstly, commodity prices bottomed many months ago and research suggests prices should begin to build into the next upward cycle at some point within the next year. Secondly, the Canadian economy is both resilient over time, and common sense orientated. Today Canadian companies are very much undervalued. An example would be Enbridge.  This is a stock which was trading at $63 three years ago.  Today it has solid gold assets (5,000 kilometers of pipelines) and is trading at just $47 with a 6.2% dividend.  We added this to our model portfolios last year at $43 (when it had a dividend of 7%). There are many more such opportunities in Canadian equities which we will be reviewing over the coming weeks.

We are not market timers, nor do we pretend to see the future, however if the market does begin to rollover and retest those December lows we will be conducting our annual rebalance much earlier in the year than we normally do, perhaps by the end of January. By rebalancing early, we will be safely taking tactical advantage of shorter term market anomalies.  This rebalance will result in increased positions in equities generally, including out-of-favour Canadian equities and U.S. growth positions.

While 2018 was a challenging year for equities, it was a devastating one for the very speculative cryptocurrency marketplace generally.  Those millennial crypto millionaires we were reading about one year ago may have to wait a few more years to retire.

After striking an all-time high in December 2017 of ~$20,000 USD, Bitcoin fell more than 80% to a low of some $3,200 USD in December last year.  Currently it is trading in the $3,600 USD range, up a modest 15% from where it was in December. This trajectory was roughly followed by virtually all blockchain-related assets and cryptocurrencies.  It is the third time in its short history that Bitcoin has lost more than 80% of its value.

While the bloom has certainly come off the rose for blockchain, the plant remains.

There are several factors which are suggesting that the swoon may shortly be ending in this embryonic sector.  While some still question whether there will ever be mass acceptance of cryptocurrencies, the number still skeptical is becoming fewer.  Beyond simply the currencies, the technology involved in the blockchain is proving to be increasingly important, useful and valuable.

Some landmark developments hint at a more positive future for the sector. It is important to keep in mind that through the previous run-up in cryptocurrency prices there was always a worrying lack of institutional participation (banks, pension funds, endowments, large pools of capital, etc.) to backstop the cryptoassets.  The vast majority of investors were individuals.  That former reality is changing.

Recently the owners of the New York Stock Exchange, Boston Consulting Group, Microsoft and Starbucks (which intends to increase its use of Bitcoin as a trusted global currency) created BAKKT which is described as a “federally regulated market for bitcoin”.  This is set to launch later this month.

In September TD Ameritrade announced it’s backing ErisX, a crypto exchange designed to trade all currencies and related derivatives. At the same time the massive Fidelity announced its launch of Fidelity Digital Assets which will provide much needed security, storage and trade execution for crypto assets. Each of these sets the stage for much larger investors entering the crypto market.

These services will be needed as in October some of the largest endowments in the world, including Harvard, Yale, MIT and Stanford among them, all announced first-time investments in at least one cryptoasset.

Technical Research has been suggesting for several months that if Bitcoin follows the same pattern as past collapses that the point of maximum pessimism will be reached in February or March of this year.

All of these developments, taken in aggregate, suggest the potential for a significant recovery in all cryptoassets on the short term.

Over the past two years we at McIver Capital Management have done our research into this speculative sector and have identified a number of positions where investors can gain a reasonable amount of exposure. We may very well be adding to these positions in our model portfolios shortly.

Because of its depth and breadth, this area of the capital markets is challenging to encapsulate in a few short paragraphs.  If you are interested in reading more on this fascinating subject, please email anyone on our team and request the most recent Canaccord Genuity Crypto Quarterly or Bitcoin Monthly. They are excellent, industry leading reads.

CLICK HERE to receive the McIver Capital High Net Worth Newsletter direct to your Inbox or to request account or client information from Neil and his team.