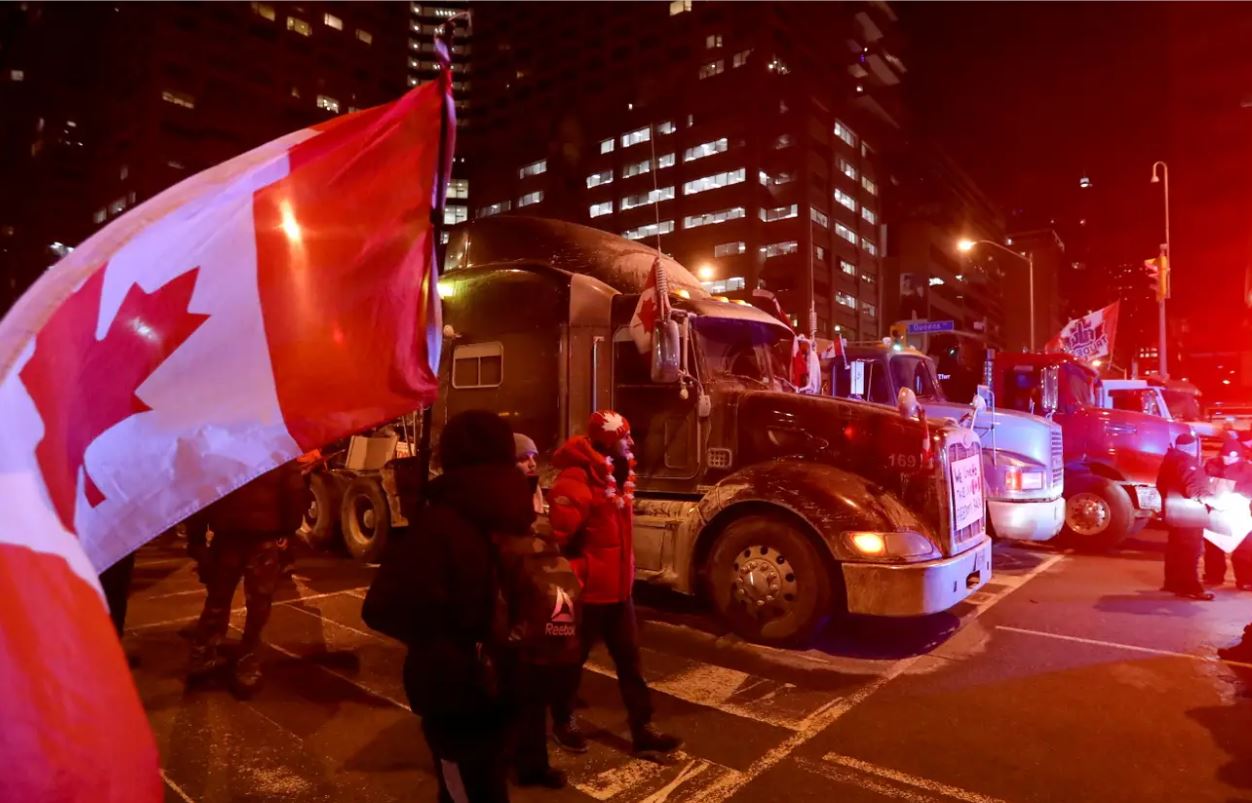 Ontario declared a widespread state of emergency amid ongoing trucker protests on Friday.

“This is no longer a protest,” Ford said at a press conference on Friday. “With a protest, you peacefully make your point and you go back home.”

Ford said he will “use legal authorities to urgently enact orders,” promising fines and jail time for non-compliance. To date, Ottawa police say they have made about 25 arrests and launched 60 criminal investigations into incidents, including “the desecration of the National War Memorial” as well as the appearance of Nazi and Confederate flags.