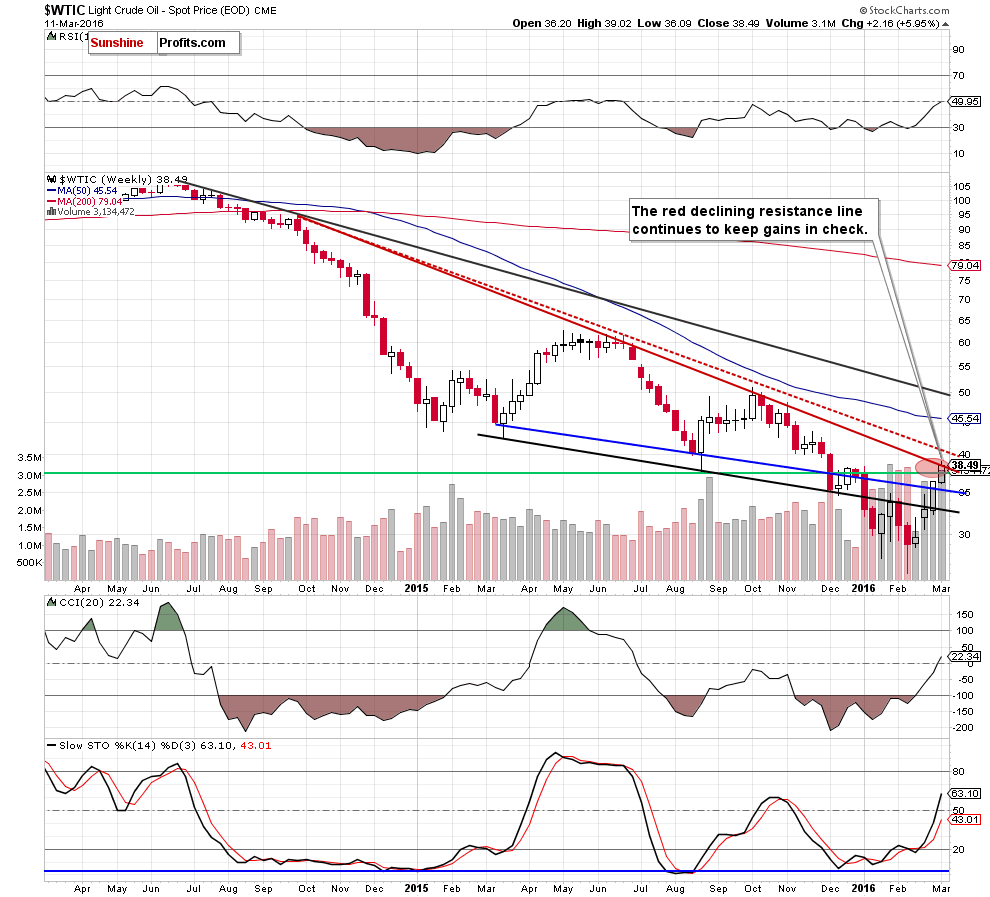 On Friday, crude oil gained 1.24% as rig count declined to the lowest level ever. Thanks to this news, light crude hit a fresh March high, but will we see further rally in the coming week?

In our last Oil Trading Alert, we wrote the following:

(…) earlier today, the IEA, said that non-OPEC output would fall by 750,000 barrels per day (bpd) in 2016 compared to its previous estimate of 600,000 bpd. Additionally, U.S. production alone would decline by 530,000 bpd in 2016. Thanks to this news, crude oil futures extended gains in a pre-market trading, hitting a fresh high of $38.95, which suggests that the commodity could also move higher after the market’s open and even approach the barrier of $40 later in the day (especially if today’s Baker Hughes report would be bullish).

As it turned out, on Friday, crude oil extended gains and hit a fresh high of $39.02 after the Baker Hughes report showed that the total number of U.S. oil rigs dropped by 9 to 480 for the week ending on March 4, which was the lowest level in history (the previous lowest record came on April 23, 1999 when the rig count slipped to 488). On top of that, the number of active U.S. oil drilling rigs dropped by 6 to 386, which was the 12th consecutive week of weekly declines. Thanks to these numbers, light crude re-tested the major resistance levels, but will we see further rally in the coming week? Let’s take a look at the charts and find out what can we infer from them.…continue reading HERE