Posted by The Commodity Investor via Hard Assets Investor 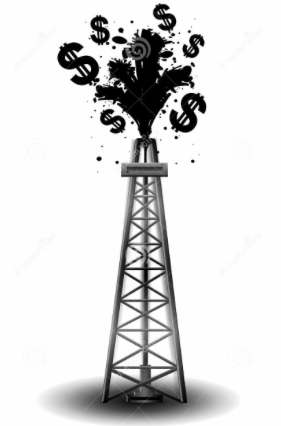 Two companies, Genel and Chariot, should be on any oil investor’s radar.

In recent months, investors have shied away from mining investments globally and across all category assets. Whether it’s gold mining in Africa, copper mining in South America or iron ore mining in Australia, investors have exited the industry en masse. It’s tough to remember the last time we witnessed such an exodus in a sector that was the darling of investors only a few quarters ago. On the other hand, we’re seeing a large and unstoppable demand for oil field services and exploration and production companies that are out there exploring for oil. In particular, large amounts of capital are flowing into companies that are active in North Africa, West Africa and Latin America. In this week’s report, we examine this trend and set up a strategy for investors to benefit.

To say that the mining industry had a rough year in 2013 is to put things lightly. We calculate that tens of billions of dollars exited this industry, with many companies slashing their exploration projects and many more cutting down on their production targets. Mines have been shut down and workers are on strike. To get a real sense of the turmoil the industry is facing, look no further than the worker strikes in some of South Africa’s most prominent mines.

In addition, many producing mines have been ramped down, because it is no longer economical to run the mines where metals prices (such as gold) are trading. Therefore, it makes more sense to shut down the mine than run it at a loss. And that’s not all. Certain governments have made it their policy to drive away miners from their borders.

Take a look at what happened at the Pascua Luma mine in Chile. The mine, partly owned by Barrick Gold (NYSE:ABX), has come under intense scrutiny from the Chilean government, which has been interfering nonstop in the operations of the mine. At one point, the government even ordered a freeze on all activities at the mine.

It’s no wonder that investors’ honeymoon period seems to have come to an end with the miners. As a result, the mining industry is currently undergoing one of the biggest divestment programs in recent memory. Both large and small mining companies (whether single metal or conglomerates) are shedding assets at record rates and keeping banks and financial mining outfits very busy.

In all, it’s estimated that the top 10 mining companies have sold more than $10 billion worth of assets in the last 12 months alone. Many of the buyers are distressed private equity houses who have the ability to ride out the down cycle; and other buyers have been government-backed miners (particularly Chinese) who see the benefit of owning these assets long term. As for the medium term individual investor, they have pretty much given up on the sector right now.