Posted by Frik Els via Mining.com 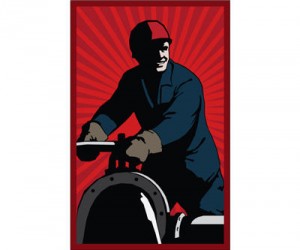 The price oil sands producers receive on Wednesday narrowed to $16.50 a barrel below the international benchmark or $89.25, almost double Canadian crude’s value of just $45 in December.

The spread between Western Canada Select and US benchmark West Texas Intermediate (WTI) narrowed to $12.40 on Tuesday, close to the smallest discount this year.

WCS – a blend of heavy oil sands crude and conventional oil – has now recovered a massive 70% since hitting five-year lows of $42.50 below WTI in mid-December.

The surge in Canadian heavy oil came as the WTI discount to the global oil price in the form of North Sea Brent narrowed to the best levels in more than two years.

The discount for WTI has fallen to only $4.15, compared to the record margin of more than $26 in September 2011 and levels above $20 at the start of the year.

The effective price for bitumen derived oil was $64 below Brent in December, but has now narrowed to less than $20.

Brent settled at $105.80 in Europe on Wednesday as jitters over the military coup in Egypt lift the price above $100 a barrel for the first time in more than a year.

The value of Syncrude, a light oil made from oil sands after undergoing an expensive upgrading process, is trading at $6.25 premium to WTI compared to close to par in December.

The much better prospects for the sector has done little for the share prices of the major players however.

Number one producer Suncor Energy (TSE:SU) was little changed on the Toronto Stock Exchange on Wednesday and the $47 billion company has lost some 5% of its value this year.

Imperial Oil’s (TSE:IMO) performance is similarly lacklustre, while number three Canadian Natural Resources (TSE:CNQ) has at least managed some gains in 2013. Of the majors, Cenovus Energy (TSE:CVE) has fared worst, it is down nearly 10% in 2013.

The iron ore price jumped more than 2% on Tuesday closing in on the $120 a tonne level seen as a benchmark for the health of the industry.