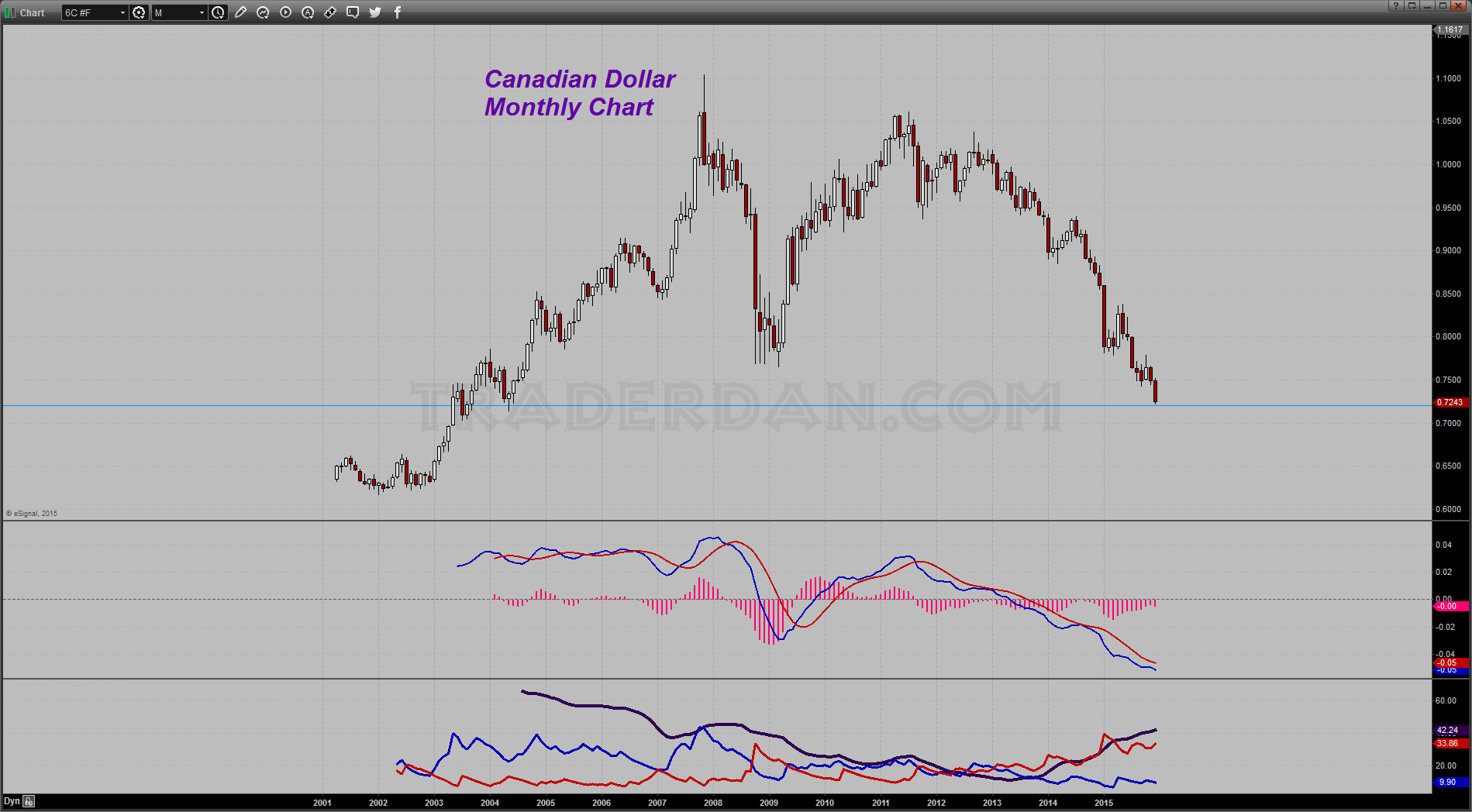 That double whammy was too much for the Canadian Dollar in today’s session as the currency broke down into a fresh ELEVEN YEAR LOW. Though it too did manage to bounce off the session lows as the US Dollar experienced a round of selling pressure, theCanadian Dollar still ended the day lower. Currently in Asian trade, it is trading lower again. As of yet, the currency shows no sign of halting the steep decline that has been ongoing since early 2011. Based on the long term chart, there looks to be some psychological downside support just above the .70 level. If the unit failed to hold there, it is not a stretch of the imagination to expect it to visit the .66 level or even lower.

Looking in a bit closer at the Weekly chart, you can see that the bears still have control of this market with the currency on course for another poor finish to end the week. There have not been a lot of markets that have exhibited well behaved trending moves. This currency has been the exception with a solid downtrend in place and moves higher being of short duration. Must be Manipulation Eh?