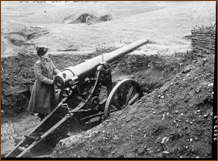 “Is there a cycle — or combination of cycles — that, due to patterns deeply embedded in history, come together in the tenth month more often than mere chance would dictate?

Consider some of the most salient Octobers of the 20th and 21st centuries, and then make up your own mind” – Martin D. Weiss Ph.D

On October 22, Knickerbocker Trust, the second-largest trust company in the United States, is forced to suspend operations, triggering an especially intense wave of fear on Wall Street plus massive cash withdrawals from New York banks.

The U.S. Federal Reserve does not yet exist. But J.P. Morgan steps in to play the role of lender of last resort, injecting liquidity into financial markets by buying up bonds, orchestrating multimillion loans, and preventing a wholesale collapse in the economic system. The Ottoman Empire has been encouraging Muslim populations of Bosnia to join the Empire and move to districts of northern Macedonia to restore the number of Muslims in the region. Meanwhile, Muslim immigrants join Albanian Muslims in a series of uprisings.

Peter the First of Serbia issues a declaration in support for Serbian and Albanian Christians living under Ottoman rule, declaring that his army will “join the Holy War to free our brethren.” Soon Montenegro, Bulgaria, Serbia and Greece declare war on the Ottomans.

The events foreshadow World War I, ultimately claiming the lives of more than 16 million soldiers and civilians.

October 1918 — influenza pandemic. This is the deadliest month of the deadliest pandemic in history, with a record 195,000 Americans succumbing to influenza in just 31 days. Before it’s all over, 50 to 100 million people are killed and 500 million are infected worldwide. October 1922 — fascism in Italy. On October 25, Benito Mussolini celebrates the close of his Fascist Party Congress in Naples. On October 27, he embarks on his historic March of the Blackshirts on Rome. On October 28, he seizes power. And on October 29, he’s named Foreign Minister, Interior Minister and Prime Minister of Italy.

October 1923 — German hyperinflation. Prices in Germany are rising at the most rapid pace of almost any month in history, driving the value of the German mark down to more than four trillion to the dollar. Making matters worse, separatists and communist movements in Germany spread to Bavaria and Saxony. …..read about the 10 other significant October events during the balance of the 20th Century and into the 21st Century HERE