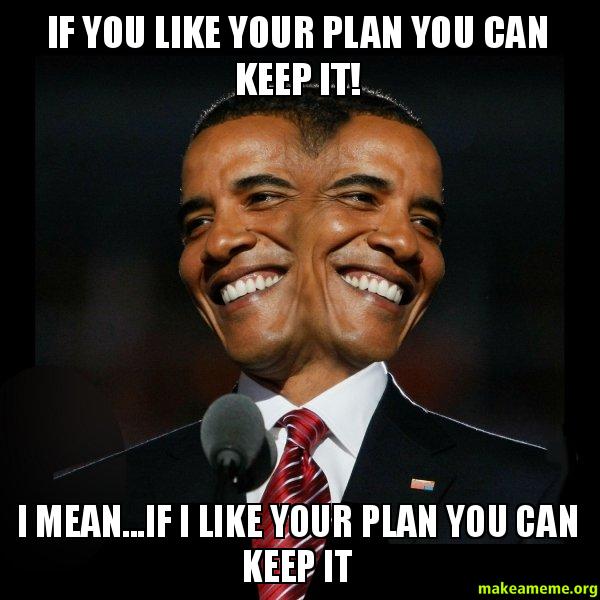 In our current age of spin and counter-spin, there is no contortion too great for a politician to attempt. On occasion, however, the threads of one story become entangled with another in a manner that should deeply embarrass, if the media were sharp enough to catch it.

This happened last week in response to the Congressional Budget Office’s (CBO) bombshell report on how Obamacare incentives could reduce the size of the labor force by more than two million workers by 2017. While the report did not reflect the Republican spin (that the law will cause employers to kill jobs – -it will, but for reasons not detailed in the report), the reaction of the White House and congressional Democrats set a new mark in rhetorical boldness. In the ultimate act of making lemonade from lemons, they described the findings as unabashed good news. But to do so, they had to contradict their previously expressed views on unemployment insurance.

Last week, White House press secretary Jay Carney said that the low cost of Obamacare health insurance will give workers the flexibility to leave the work force if they choose. He agreed with the CBO’s opinion that many individuals work at jobs that they don’t really value solely because the positions provide health insurance. So, whereas Obama once said, “If you like your health care plan you can keep it,” he is now saying, “If you don’t like your job, you can leave it.”

The subsidies built into Obamacare are exceptional in their severity. As has been noted by many observers, even relatively small increases in income can result in substantial losses in federal subsidies. With health care costs eating up increasingly large portions of personal incomes, it is easy to see why health care subsidies could be the deciding factor for many people to stay home.

But this dynamic is the opposite of what the President and his allies are arguing in the ongoing debate about extending unemployment benefits. Republicans have pointed out that people are discouraged from taking marginal jobs because weekly government checks represent a more attractive option. The White House has responded with deep derision, with the President himself saying that he never met a single American who would prefer a check from the government to a check from an employer. (Perhaps he should get out more?)

In fact, he has accused Republicans of insulting the unemployed by insinuating that they are lazy. However, he is now guilty of the same thing.  Of course, it was never about the unemployed being lazy, but about them not being stupid.  If the government pays you not to work, either with cash or health care, some would be stupid to pass up the offer.  Even more absurdly, Democrats have said that unemployment benefits keep people in the labor force by requiring them to look for a job in order to receive benefits. (This ignores the simple fact that job search claims are self-reported and that the government has no mechanism to verify their authenticity.)

But what is the difference between quitting a job you don’t really want, because the government provides you with a health care subsidy, and not taking a job you don’t really want because the government gives you an unemployment subsidy?   While it’s true that most Americans would gladly give up unemployment benefits if a good job came along, it is also true that the same people may pass on an unattractive job as long as they could get by without it. In fact, very low wage jobs can’t compete at all with the full spectrum of benefits offered by unemployment, such as unlimited personal days, zero commuting costs, and lack of oppressive bosses. And while it may be rational for some individuals to hold out for something better, is the economy really better off with people deciding not to work?

The Obama administration is arguing that Americans who leave the labor force voluntarily will benefit the overall economy by their ability to take care of family members, get advanced degrees, or chart their career development without regard to the need for immediate employment that health concerns often require. That is wishful thinking. The economy is already being hamstrung by the lowest labor force participation rate since the late 1970’s. Should we celebrate the likelihood that Obamacare incentives will knock it down even further? By showing how the participation rate will likely fall further as a result of Obamacare, the CBO study shows that law will put upward pressure on the federal deficit for years to come.

It’s ironic that the Obama administration is claiming credit for liberating women from the workforce. But before 1960s, most married women already enjoyed those luxuries.  But when taxes and inflation rose to pay for the roll out of the welfare state, the single income household went the way of black and white TV. In the 70’s and 80’s the huge influx of women into the workforce was heralded as a great boost to the economy. Oh how times have changed.

The truth is that most people would prefer not to have to work, and many plan their lives so they can leave the workforce at their earliest convenience. Being freed from the drudgery of daily labor as a result of rising productivity (as was the case for much of our history) is clearly a positive development. More stuff with less work means higher living standards. To the extent that individuals drop out due to accumulated personal savings, society benefits both from the work required to generate the savings, and the productive investments it supports. But if people leave the labor force due to government transfer subsidies, our collective standard of living must drop, as fewer people contribute into the economic pot and more people take from it.

The bottom line is that any society will get more of what it subsidizes and less of what it taxes. By providing a low-income subsidy, Obamacare will encourage some people to take a pass on the drudgery and inconvenience of working. Unemployment insurance does the same, at least temporarily. The White House should learn to keep its story straight. Money Talks Ed Note: This image pretty much illustrates how the Obamacare program is currently being managed: