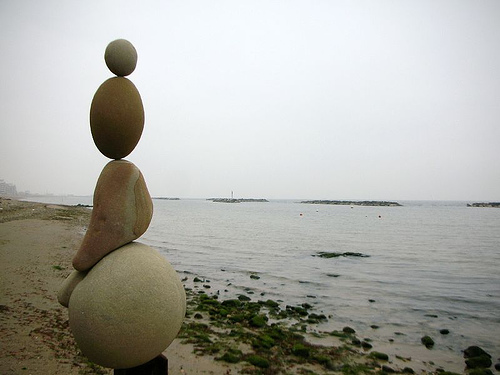 We continue to believe that the world is still in need of major rebalancing.

Global policymakers have faced an onslaught of crises or crisis potential. As such, despite what seems to be happening (a slow market-led rebalancing), they continue to revert to policies that have driven growth (and imbalances) in the past.

A true rebalancing will bring economic pain, for sure. But the ongoing resistance we’re seeing will only mean the pain is deeper and lasts longer whenever it comes.

Of course, China is a big part of the rebalancing puzzle. And they’ve acknowledged their need to rebalance their economy. They’ve even taken concrete steps to insure they pull back from the growth path that leads to an overheated economy and an inevitable collapse.

Measures to increase the number of transactions in their own currency, the yuan, are encouraging. The greater the use of the yuan in global trade the more open it must become and the better the market can dictate its value. But certainly there are risks to China even as it embraces some pieces of rebalancing.

Many analysts and researchers note the demographic hurdle. As much as China is urging its population, directly and indirectly, to become more urban, the needed and expected shift cannot be forced. Consider the real estate market, for example …

When you see a system-wide erosion in wealth you often see contagion in credit markets. China’s shadow-banking system (i.e. unconventional loans and wealth management products) has expanded amidst the last couple years of stop-and-go lending policies passed down by the government and the PBoC in response to inflationary pressures. When the value of assets drops and borrowers begin to default, the rest of the dominoes become more vulnerable.

In China’s commie-capitalist economy, the leaders maintain their grip on the economic reins. But not only do they claim credit for the good, they must also deal with the bad and the ugly.

Rebalancing will require reforms that hand over greater control to Chinese households and consumers. This means the policies that brought years of double-digit growth must be sacrificed to some extent. This is why the task of rebalancing China is oh so delicate — necessary reforms equal lower growth, but lower growth equals socio-economic tensions. Unfortunately, the tension will come a lot more quickly than the benefits of reform.

The first simply notes some recent improvement in Chinese consumer demand and factory orders. Here is Reuters’ takeaway from the numbers that were reported:

Stronger domestic demand helped China’s factory activity to rebound in March, with… new orders up sharply in a sign that the underlying economic recovery is strong enough to weather any risks from patchy export performance .

This is certainly a welcomed development amid ongoing Eurozone woes that have kept China’s best export customers at bay. But is it enough to keep the economy going if Europe triggers a quake in financial markets?

The second article I came across this morning represents a bigger story that attempts to look further into the future of China’s factories. More specifically, the US shale gas revolution is likely to facilitate some rebalancing in China as it reduces the costs of producing goods in the US. This is certainly a long-term data point, but it gives merit to that arguement that “Made in the USA” will make a comeback.

The advent of cheap natural gas in the U.S. is threatening to displace expensive naphtha in the production of petrochemicals, the key building blocks for plastics, synthetic fibres and solvents and cleaners.

There was a story in The Atlantic earlier this year that talked about GE bringing factories back to the US. The simple reason is that it makes more sense to have a better grip on all stages of production and supply chain management. Consider also the fact that Chinese wages and transportation costs have risen.

And then recently I saw comments from the CEO of a major US company who said the cost of labor is not the primary reason for taking a company offshore; the regulatory and tax environment are the main reasons. If the US government finds ways of lessening this burden, and the shale gas revolution lives up to the hype, America could quickly see a manufacturing renaissance that changes global trade dynamics quite drastically.