Not the Time For Investors to Panic Over China & Commodities 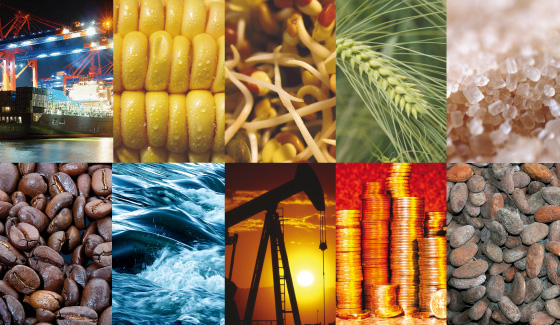 The fall of gold is a major story, yet the bigger story is the weakness of commodities as an asset class we are seeing right now.

After a decade of climbing prices, commodity bulls should be relieved to see stabilization.

In the late 1990s, as the dot-com bubble burst and once-high-flying tech stocks came crashing back down to Earth, another important global macroeconomic event was taking place across the globe that would have far-reaching implications for the world economy for years to come: the rise of China as an economic superpower.

While the two events aren’t necessarily correlated, the latter has had a major impact on global economic output, with a specific effect on commodities.

It is not a stretch to claim that China may now be the most important global driver in the commodities markets. For instance, China now accounts for more than 30 percent of consumption in key base metals such as iron ore and copper. China is on track to import more crude oil than the United States next year, a fact that would have been quite unthinkable in the late 1990s. And China is the largest purchaser of many soft commodities, such as soybeans and corn.

Many countries have depended heavily on the Chinese consumer market for these raw materials, which has helped countries in the Persian Gulf, Latin America and Africa to ship gargantuan amounts of raw materials to the Asian nation. In the process, many governments in these countries ran up huge trade surpluses and many businessmen generated lots of value by taking advantage of this unique trade wave.

As the saying goes, whatever goes up must come down, and China has been on an uptrend year in and year out for over a decade. As many countries were relying on Chinese growth above double digits, when that growth is removed, a lot of people start feeling the pain. The weakness we’re seeing right now in the commodities markets across the board can be traced back in some form to the decline in Chinese economic activity.

China is expected to grow 7.7 percent this quarter, well below the double digits of a few years ago, and also below the 7.9 percent from this quarter. While any country would be envious of enjoying growth in the high single digits, those numbers are so ingrained in economic models that even a slight miss will have a devastating impact on industries relying on that growth—and this also includes commodities.