Not Even An OPEC Deal Will Stop Oil Going Lower, Goldman Warns 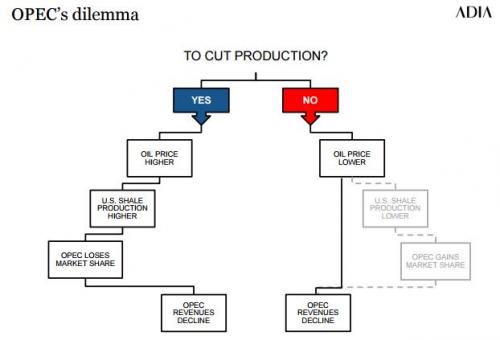 Having been bullish for nearly half a year, yesterday Goldman’s flipped again, when it cut its Q4 oil price target from $50 to $43, admitting the previously anticipated rebalancing will take longer to achieve, and now expects “a global surplus of 400 kb/d in 4Q16 vs. a 300 kb/d draw previously.” Moments ago, the same Goldman analyst released a follow up note, confirming what we have been saying for the past year, namely that OPEC is increasingly irrelevant as a marginal supply-setter in a world in which it is the lack of demand that is a far bigger threat.

The Case for Natural Resource Equities