Norwegian Billionaire Jumps On Crypto Bandwagon, Predicts One Bitcoin Worth “Millions Of Dollars” 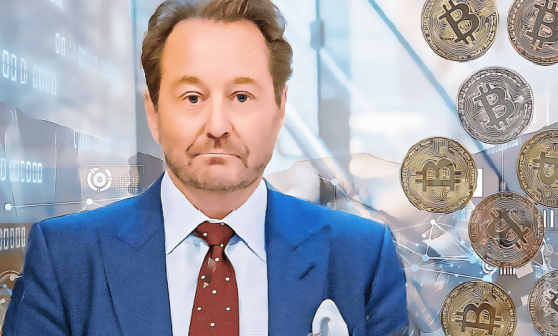 It was one month ago in what was JPMorgan’s 4th consecutive – and failed – attempt to smack down cryptos when the bank’s strategist Nick Panigirtzoglou wrote that Tesla’s recent $1.5BN purchase of bitcoin would be a one-off and no other institutions would follow Musk (and Microstrategy, and countless other banks) into converting some of their cash into bitcoin. Our response was simple:

No, Nick, you are painfully wrong again… just like you were wrong the last time you looked at your favorite GBTC as a proxy of… something… and predicted that bitcoin would drop. It did not. Furthermore, it’s not “irrespective of how many corporates follow Tesla’s example” – that’s precisely the ballgame right there. Once we get two more companies, then 4, then 8, well even quants know what sequences that is.

Once again, we were right and one of JPM’s top quants was wrong because over the past 24 hours, not one but two major institutions have announced their plans to convert substantial amounts of fiat into crypto.

On Sunday, Hong Kong-listed Meitu which makes image and video processing software, said it had purchased $22 million in ether and $17.9 million of bitcoin, making it the first time a firm has disclosed a major purchase of ETH for its treasury. Meitu said it bought 15,000 ETH and 379.1 BTC in open market transactions on March 5.

Meitu said it’s evaluating the feasibility of integrating blockchain tech into its overseas business, including launching Ethereum-based dApps. ETH is the native token of the Ethereum blockchain. It’s also evaluating potential investments in blockchain-based projects, many of which accept ETH as consideration for investment.

As Coindesk reports, while the company said that while buying crypto helps diversify its holdings away from cash, “More importantly, the Board considers this a demonstration to investors and stakeholders that the Group has the vision and determination to embrace technological evolution, and hence preparing its foray into the blockchain industry.”

But the bigger story here is the one of the snowball effect, because as one becomes two, two becomes four, and so on, more and more companies will jump on board – as we predicted back in January –  and that’s precisely what is going on because just hours after the Meitu news, Bloomberg reported that Norway’s oil billionaire Kjell Inge Rokke “has come out strongly in favor of Bitcoin, as he bets the cryptocurrency will prove the best defense against the disruption facing the finance industry and central banking.”

According to the report Rokke’s Aker ASA, a giant energy conglomerate which controls oil and oil service companies and has more recently branched out into green tech and renewable energy companies, is setting up a new business, Seetee AS, to tap into the potential of Bitcoin, according to a statement on Monday.

For now, Rokke’s investment will be small, and Seetee will start with just 500 million kroner ($58 million) in capital. The firm plans to keep all its liquid investable assets in the cryptocurrency. Aker’s Seetee will focus on investing in Bitcoin, establish partnerships with leading players in the Bitcoin and broader blockchain community, launch Bitcoin verification operations and invest in innovation projects and companies.

“Bit­coin may still go to zero. But it can also become the core of a new monetary ­architecture,” Rokke, Norway’s second-richest person with an estimated $5.4 billion net worth, wrote in a shareholder letter. He says it’s not inconceivable that one Bit­coin could one day “be worth mil­lions of dollars.”

“Peo­ple who know the most about Bit­coin be­lieve its fu­ture success is near­ly inevitable,” Rokke said.

The Norwegian billionaire is only the latest to adopt on the controversial crypto bandwagon which has emerged as the clearest separation line between dead-end Keynesian zealots and their amateur echo chamber scribes, who clutch a failed fiat religion as the answer to all the problems caused by fiat, and libertarians who see crypto as the transition medium to a new monetary world, one unburdened by the idiocy of central planning in any form. And despite growing anger by establishment economists who see themselves obsolete in a new non-fiat world, Bitcoin is being increasingly more embraced by some of the most influential members of the global financial industry. Goldman Sachs Group Inc. is currently working to restart its cryptocurrency trading desk, as it responds to substantial demand for digital assets from institutions.

But back to Aker, which has been active in investing in industrial software, fintech and green energy value chains as the culmination of its 160 year history. Its latest venture into cryptocurrency is intended to help pursue developments in cyber security, financial transactions and emissions-free verification operations, it said.

“The di­rec­tion is clear: fi­nance will be dis­rupt­ed as sure­ly as fos­sil fu­els will be,” Rokke said. “The question is not if, but when.”