No Way Has Europe, or the Euro, Bottomed! 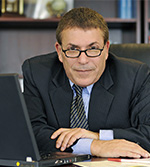 I can’t even count the number of analysts who believe Europe’s financial crisis is over.

They claim that the massive 25 percent-plus decline in the euro is starting to stoke inflation … that economic indicators are starting to turn positive … that the recent record highs in Germany’s DAX are proof positive the crisis is over … and more.

But based on all of my research and trading models, nothing could be further from the truth. First, the annual inflation rate in the euro zone was -0.1 percent in March. While a tad better than February, one month’s numbers don’t make a trend, and as far as I’m concerned, -0.1 percent is still deflation.

Moreover, that figure is skewed due to the size of Germany’s economy. Actual deflation in most of the euro zone is far worse. Greece is running at -1.9 percent, and France is seeing prices fall at an annual average of -0.3 percent.

Prices in Spain are falling at a -0.7 percent rate, Cyprus at -1.88 and Poland at -1.6 percent. Hardly the stuff of strong economic growth and normalized inflation.

Second, unemployment remains high at 11.3 percent. Yes, that’s a slight improvement from February, but again, not enough to claim a trend reversal is underway.

And here too, the numbers are skewed due to Germany’s low unemployment of 4.8 percent. Greece is still seeing unemployment at 26 percent, Spain at 23.2 percent, Ireland 9.9 percent, Cyprus 16.3 percent, Croatia at 18.5 percent.

Third, severe austerity measures continue to this day and they are hollowing out Europe’s economic growth. The proof is in the numbers. Before the Greek crisis flared up,debt-to-GDP in Greece stood at 113 percent. Today — according to the most recent data and even after all the write-offs — Greece’s debt-to-GDP stands at a whopping 174 percent.

Clearly, all the austerity measures that Europe has implemented have done nothing to reduce debt levels. Instead, they are further hurting the people of Europe, causing economic growth to crater even more.

In short, there is ZERO evidence Europe’s economy is improving. And anyone who takes an uptick in one or even two or three months’ worth of economic numbers to make such claims is a fool. And unfortunately, there are a lot of them out there.

It’s kind of like saying gold has bottomed just because it rallied five or 10 dollars.

Most importantly, the long-term chart of the euro currency couldn’t be more bearish. Follow along with me by referring to the numbers on the chart below.

1) As you can clearly see, the major trend for the euro is now down. Solidly down. Virtually any rally in the euro is a counter trend move that should be sold.

2) As you can clearly see from this long-term uptrend line, it’s recently been broken. Another confirmation the long-term trend has changed to the downside.

3) Minor cyclical support is declining, a bearish sign too. That support currently stands at the 0.94800 level, well below the market, and declines all the way down to the 0.74 percent level by 2020, when I expect the final bottom in the euro, which will signal the collapse and breakup of the European Union.

4) This is what I call a projection line, a type of line I developed many moons ago that aids in determining where major lows can form (or conversely, highs in a bull market).

It acts as a kind of magnet for price moves, and it’s a leading technical indicator in the sense that it melds both time and price.

As you can clearly see, the slope of this projection line is seriously negative, a sign of just how bearish the euro is. I don’t think the currency will go that low, since there will be complete chaos in Europe once the currency falls back to its 2001 low of roughly 0.82.

But as noted above, I have no doubt the euro will plunge to at least the 0.74 level, by 2020 at the latest, and probably much sooner than that.

Bottom line: Based on the long-term chart of the euro, there is virtually no way Europe is recovering, not in any way, shape or form.

So don’t buy into all the analysts who take an uptick or two in economic stats and say otherwise.

Instead, the smart thing to do is …

A. Recognize the long-term trend, the European Union is decaying and the grand experiment of a single currency and a United States of Europe is failing.

B. Steer clear of European sovereign debt. Period. It’s a disaster in the making.

C. If you’re a speculator, sell short the euro on rallies, either in the forex markets, in futures, or by purchasing an inverse ETF, such as ProShares UltraShort Euro, symbol EUO.

D. If your business is vulnerable to a decline in the euro, consider hedging your exposure via similar methods.

E. If you’re looking to invest in Europe, either its stock markets or via buying a business or real estate — I say be patient. You’ll be able to buy those assets 40 percent cheaper than they currently are, if not cheaper, a few years from now.

In the meantime, there are better things to do with your money.