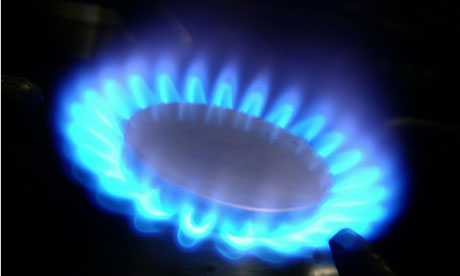 Peak oil? “Baloney,” says Stephen Taylor. However, significant price differentials make for a complicated global market. On that front, Taylor’s message is simple: Watch the news to see where the wells are gushing, choose stocks with low operational costs and keep cash on hand for quick near-term profits. Learn which companies are priced to buy in Taylor’s exclusive interview with The Energy Report.

he Energy Report: Let’s start with a macro rundown. What’s the Stephen Taylor take on oil and gas markets today?

Stephen Taylor: It’s like A Tale of Two Cities. The gas that sells for $3 per thousand cubic feet ($3/mcf) in the Marcellus region would sell for $12/mcf in Europe or Japan, but nobody’s found a quick and easy way to get it from one place to the other. A lot of new areas, like the Bakken in North Dakota, have surging production, but the infrastructure’s taking time to get updated and adjusted. Big, interregional price differentials are a theme we’ll keep seeing as long as we have these bottlenecks, but those will slowly abate over time. This means it’s really going to be a stock picker’s market, and a lot of the action will be location driven.

ST: Absolutely. However, one thing we touched on back in my March interview is that the U.S. may see a reemergence of the petrochemical industry. Huntsman Corp. (HUN:NYSE) had just announced a big project at that time. More recently, Royal Dutch Shell Plc (RDS.A:NYSE; RDS.B:NYSE)announced a major project north of Pittsburgh that will probably create 10,000 jobs and use a lot of that Marcellus gas. I think that’s a trend that’s going to continue, with industry jobs moving back to the U.S. to take advantage of some of this cheaper energy.

ST: I think Boone was met with some skepticism, initially. A lot of people just naturally distrust oilmen. But, he’s a smart man and his plan makes a lot of sense. We’re now starting to see more product offerings, such as vehicles with a natural gas option, like the new Honda Civic. And there are a lot more natural gas fueling stations around than people may realize. It continues to grow as a transportation fuel, and I think we’ll find other uses for it. That emerging demand will keep the downside in natural gas prices not too far from where it is right now. Any surprises should be to the upside in the next two-to-three years.

ST: New drilling technologies are beginning to lower the cost of some of these multi-frack wells. That will allow the drilling boom to continue here in the U.S. and in emerging plays around the world.

TER: At this rate, it doesn’t seem like projections about peak oil have much resonance.

ST: Frankly I think peak oil is baloney, and you can quote me on that. The potential reserves, especially on the natural gas side, are just tremendous. I was just reading a report that even in a place like Argentina, shale gas reserves could be north of 700 trillion cubic feet. That could be another huge gas-producing region. There’s plenty out there. I don’t buy peak oil or gas.

TER: Oil prices are hanging in between $85–95/barrel (bbl). Do you see any significant moves higher in the near-term?

ST: Turmoil in the Middle East or perhaps an environmental issue like the BP spill could be a price driver. Meanwhile, governments around the world keep printing money, which will flow into hard assets. But disaster aside, I think we’re stuck in a trading range between $75–95/bbl over the next 12–18 months. The easy money will support the price and the new supply in technology will cap the upside a little.

TER: Which companies are already seeing a change in their bottom lines through new drilling technologies?

ST: A name that I’ve mentioned in the past is New Zealand Energy Corp. (NZ:TSX.V; NZERF:OTCQX). We continue to be a big fan of that stock and the management team. The company just completed a financing in March at $3 a share. The company is now able to aggressively pursue its development plans. It recently announced a strategic acquisition of some gas gathering and production assets. John Proust, its chairman, is a really good strategic thinker and this acquisition makes a lot of sense. One of the technologies or process innovations that New Zealand is taking advantage of is the move to pad drilling, where you build one pad and keep the rig in place to drill two to four wells. It saves a lot of money. He and his team are sharp guys and management owns 30% of the stock. The stock has backed off into the $1.60 range. I think there’s little downside from here and a lot of upside over the next couple of years as John and his team implement their plan.

It has a tremendous drilling pipeline with a couple million acres in onshore New Zealand. This recent acquisition brought an additional library of 3-D seismic over the main production fairway. It can drill as many wells as its checkbook allows. I think ultimately, New Zealand is a target for a larger international oil company to take out. New Zealand has pulled back and had a rough ride. But, I think now is a great time to be a buyer. We have been long-time holders of this company and have participated before the public offering and continue to like it. I think the 50% pullback since March is a gift.

I would also point out that the S&P/TSX Venture 30 Index is being reformulated and New Zealand Energy has been added to that index. That will be a good short-term catalyst for the stock.

ST: Absolutely. If you look over the last 20 years, the success rates on wells have moved up nicely. There can still be problems, such as we saw recently with McMoRan Exploration Co.’s (MMR:NYSE)Davy Jones No. 1 well. It’s still a risky business—make no mistake about that. But the technology is helping us get oil from places that we couldn’t have before. There continues to be a lot of excitement over the ultra-deep gas prospects in the Gulf, despite the hiccup McMoRan had with Davy Jones. Eventually, McMoRan will get its problems sorted out, and we continue to be very excited about that.

TER: What other stocks catch your eye?

ST: We also like a company that I’ve mentioned in the past, Saratoga Resources Inc. (SARA:NYSE.A). It recently completed a financing, which put a little pressure on the stock, but cashed up its treasury to continue doing some drilling. Its second quarter earnings release indicated that it is in the process of hedging a portion of its production, which I think is a very smart move and will be well-received by the market.

Another name that we like that is also being added to that index is Iona Energy Inc. (INA:TSX.V). It’s a producer focused on the North Sea off the coast of Britain and has a very experienced management team that came out of Ithaca Energy Inc. (IAE:TSX). We like that name as well. We participated in Iona’s last financing at $0.50 and believe that it’s a good entry point here.

TER: Anyone else worth mentioning at this point?

ST: I would probably mention Bengal Energy Ltd. (BNG:TSX). It’s focused on Australia and India. It has huge land holdings in the Cooper Basin in Australia. It’s had some good success recently at drilling wells to prove up that resource. We expect that it will eventually become a target for a larger energy company.

TER: What have you done in your Taylor Fund to weather these market swings in the last couple of years?

ST: We are a multi-strategy fund with a broad investment mandate. While we have probably 35–40% of our fund in energy related investments and a similar amount in other resource investments, we’ve recently begun focusing on the financial sector with small and midsize community banks in the U.S. It’s about as far away from energy as you can get, just to provide a little balance. This is probably a good entry point into that industry as well.

TER: What are you expecting for the energy markets over the balance of the year?

ST: This continues to be a stock picker’s market with the location of the play and the application of technology being the big driver, along with mergers and acquisitions. I expect to continue seeing big oil and gas companies buy out smaller oil and gas companies. And if you can take the volatility, small is where you want to be.

TER: How would you suggest investors play the markets at this point?

ST: I think it’s probably a good time to have a little bit more cash in reserve. There will be periods of volatility and company-specific events that could create some short-term buying opportunities and you want to make sure that you have a little dry powder to take advantage of those, as they may come along.

TER: Any other thoughts you might want to leave with us?

ST: One thing I haven’t mentioned, and I think you’ll continue to see is overseas buyers of energy-related assets. I just came back from a trip to China and had a meeting with some representatives from CITIC Group, the big Chinese investment fund. They continue to be very hungry for energy and resource-related investments around the world. They may bring some dry powder to the table too.

ST: Thanks for having me.

Stephen Taylor is chairman and CEO of Taylor Asset Management, a Chicago-based investment management firm focusing on small-cap domestic equities and emerging markets. He also serves as a portfolio manager for the Taylor International Fund, Ltd., a small-cap equity fund. In addition to emerging markets, Steve’s area of expertise includes private equity, restructuring and turnaround situations and both small- and mid-cap companies. He has considerable experience in the natural resources and finance industries in Canada and China.

Want to read more exclusive Energy Report interviews like this? Sign up for our free e-newsletter, and you’ll learn when new articles have been published. To see a list of recent interviews with industry analysts and commentators, visit our Exclusive Interviews page.