No investor is paying attention to this important anniversary 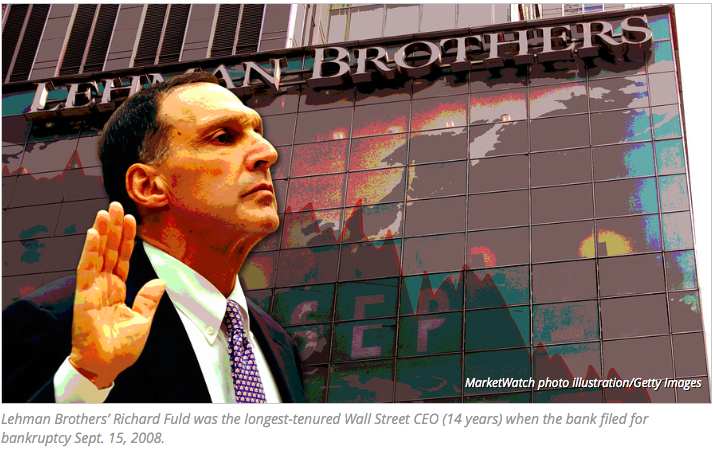 Lehman Brothers’ bankruptcy, eight years ago, reminds us that we can rarely predict a calamity

Next week we observe not only one anniversary, but two.

The first, of course, is the 15th anniversary of the Sept. 11 terrorist attacks on the World Trade Center and the Pentagon. The second is the eighth anniversary of Lehman Brothers’ collapse.

And that’s a shame, since many valuable investment lessons can be learned by reviewing it from the emotional distance of eight years.

For those of you with hazy memories, the New York-based company declared bankruptcy Sept. 15, 2008. It had been the fourth-largest investment bank in the U.S.; its bankruptcy was the biggest in U.S. history.

The aftershocks were disastrous…..continue reading HERE

….also Michael with some smiles and head scratchers: