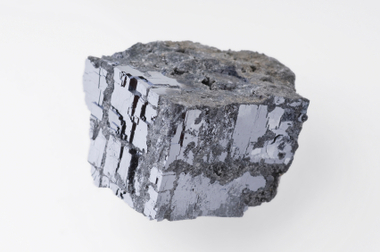 Mine could be world’s third largest

Ed Note: As laid out below this has an extremely low cost to produce @ $5.00 an ounce which also makes it one of the most profitable mines in production. – Money Talks

Just last month Tahoe Resources announced the achievement of commercial production at its Escobal mine. And sounding the trumpets on such an exploit most certainly deserves investors’ attention. When 2014 comes to a close, Tahoe will be flexing its muscles as a global top-10 silver producer!

At an annual clip of approximately 20m ounces, Escobal will be the world’s third-largest primary silver mine behind only BHP Billiton’s Cannington mine (Australia) and Fresnillo PLC’s namesake Fresnillo mine (Mexico). This mine makes Tahoe the world’s third-largest primary silver producer, behind only Fresnillo and Pan American Silver. And it even vaults host country Guatemala into the global top 10.

Tahoe won’t just be your ordinary major silver producer though, it’ll be one of the most profitable. Per the latest economic assessment, Escobal’s life-of-mine total cash costs are expected to be less than $5.00/ounce after byproduct credits from small streams of gold and base metals. This is easily in the lower quartile of industry average, which allows Tahoe to deliver huge margin even at lower silver prices.

And margin in today’s silver environment is something investors are keen to embrace. Sadly the majority of primary silver producers have really struggled with the anomalously-low silver prices experienced lately. Industry average cash operating costs are at least twice Tahoe’s. And then when you factor in sustaining capex, exploration expenses, and G&A expenses (all-in sustaining costs), there isn’t much margin at $20 silver.

In 2014 Tahoe Resources’ mid-point guidance for all-in sustaining costs (by World Gold Council standards) is only $9.35/ounce. At $20 silver we’re talking gross margin of over $10/ounce, or 53%! With Escobal’s super-low operating costs, Tahoe estimates that $18 silver would generate free cash flow of $198m per year. At $25 silver this would move up to $300m. And cash flow would obviously scale even larger concurrent with silver going higher.

Tahoe’s Escobal mine truly is something to behold. But its superior production profile didn’t just come about by luck. It was skillfully crafted by a spectacular team of folks who sought to build one of the world’s premier silver companies.

Interestingly the Escobal deposit was discovered by a subsidiary of major miner Goldcorp in the mid-1990s, though it didn’t see any serious work until about a decade later due to the bear-market-low metals prices. Once the drills did finally start turning, it didn’t take long for Goldcorp to recognize Escobal’s girth.

It also didn’t take long for Goldcorp to realize that the markets would never properly value this major silver project while veiled under its gold umbrella. To remedy this it arranged the sale of Escobal to a private company run by its former CEO Kevin McArthur in 2010. McArthur’s Tahoe Resources thus took charge of one of the world’s finest undeveloped silver deposits. And it would ensure that Escobal got the dedicated attention it deserved.

This was a win-win situation for Goldcorp. In addition to procuring much-needed cash as part of the sale, Goldcorp secured a 40% ownership interest in Tahoe Resources (which it still maintains). This ownership interest allows it to participate in the future success of this project. And with McArthur captaining the ship, Goldcorp was confident its stake would significantly grow in value.

You old-school gold-stock investors may remember Kevin McArthur from back when he ran Glamis Gold. Interestingly Glamis’ flagship asset was the Marlin gold/silver project, located guess where? Yep, Guatemala. And McArthur and team ended up methodically developing Marlin into a super-profitable large-scale mining operation.

You know the story. Goldcorp fancied Marlin, along with Glamis’ other assets, and ended up acquiring Glamis in 2006 in one of the largest gold-mining deals ever (hence McArthur’s subsequent stint as Goldcorp’s CEO). And still today Marlin is one of Goldcorp’s most profitable mines (its cash operating costs are usually in the negative).

With McArthur and team’s intimate knowledge of Guatemala’s geology as well as its legal and social frameworks, his new company was a natural fit to develop Escobal. And Tahoe Resources did not disappoint. It built the Escobal mine on-time and on-budget, which is an exceptionally rare feat in the mining industry.

And speaking of budget, Tahoe was able to build this $327m mine without having to sell its soul on the debt/equity fronts. It financed the pre-production capex via a single share offering in 2010. And in order to supplement working capital during production ramp-up, Tahoe has drawn $75m from a small debt facility (which will easily be paid off from cash flow this year).

Overall Tahoe’s planning and execution has been brilliant. And the cat is out of the bag as investors anticipate stellar returns from its stock as a leveraged silver play. With Tahoe in line for solid cash flow at silver prices lower than what they are today, you can imagine what’ll be in store for it if silver runs higher, which ought to be the case in the years to come. And we can get an idea of Tahoe’s tendencies by looking at its historical stock performance relative to silver in the chart below. Tahoe Resources went public on the Toronto Stock Exchange in June 2010 (it listed on the NYSE in May 2012), just in time to take part in the most spectacular surge so far in silver’s secular bull market. From silver’s launching point in July 2010, it rose a mind-boggling 177% to its April 2011 high just over $48. The only time it took a breather was the one you can see above in the beginning of 2011, a 13% correction that only lasted a few weeks.

Amidst silver’s run higher, it didn’t take long for investors to latch onto brand-new silver company Tahoe Resources’ story. And from its IPO to its own April 2011 high, TAHO soared a staggering 289%, easily outpacing silver. What I want to focus on though is the second part of this upleg, from the January 2011 correction low to its April high. Over that period TAHO gained 93%, which positively leveraged silver’s terminal ascent 1.16x.

While this leverage is nothing spectacular, it is positive nevertheless. And it is especially impressive considering most silver stocks had disconnected from silver by this time. The majority of juniors, which was what Tahoe was classified as at the time, merely consolidated sideways. And even the popular SIL Silver Miners ETF, which is comprised of the world’s premier silver producers, could only pace silver’s gains by about half over this early 2011 period. The smart money was clearly with TAHO.

So what makes Tahoe tick? Smashing fundamentals aside, TAHO is a silver stock. And it is ultimately slave to the directionality of silver. The higher the metal runs, the more the potential profits Tahoe can earn and the more its in-ground inventory is worth (with 404m ounces of resources, its inventory is quite robust). Of course the inverse applies too. The more silver sells off, the less the potential profits and the lower the value of the in-ground inventory.

It’s therefore not surprising that TAHO ebbs and flows with its underlying metal. Unfortunately, it was birthed into a silver world rife with discord. On the other side of the euphoric upleg that Tahoe rode out of the gates of its IPO, it’s had to fight the tape of silver’s nasty three-year cyclical bear market.