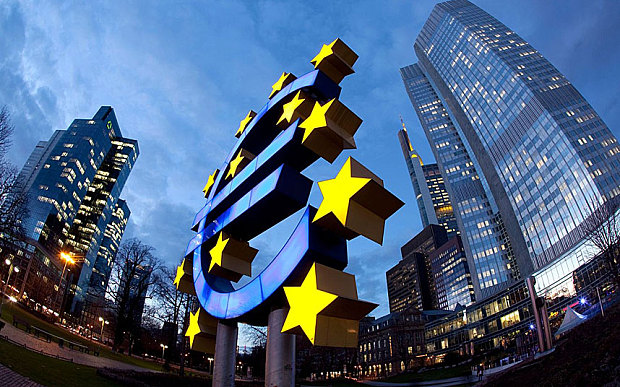 More than €2 trillion-worth of eurozone government bonds trade on a negative interest rate. It’s a bubble that is bound to end badly

Here’s an astonishing statistic; more than 30pc of all government debt in the eurozone – around €2 trillion of securities in total – is trading on a negative interest rate.

With the advent of European Central Bank quantitative easing, what began four months ago when 10-year Swiss yields turned negative for the first time has snowballed into a veritable avalanche of negative rates across European government bond markets. In the hunt for apparently “safe assets”, investors have thrown caution to the wind, and collectively determined to pay governments for the privilege of lending to them.