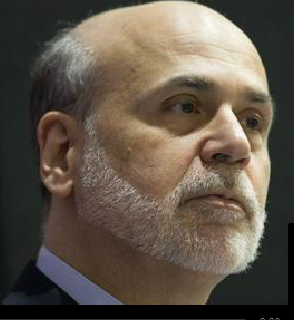 2 Fed Officials suggest the central bank is not even close to tapering its bond-buying program.

St. Louis Fed President James Bullard said Tuesday that the central bank should continue with its present bond-buying program and adjust the rate of purchases in view of incoming data on growth and inflation. He said the program is the best policy option and has been effective.

New York Fed President William Dudley, who is also vice chairman of the Federal Open Market Committee, said that the Fed may adjust the pace of asset purchases up or down depending on the economic outlook.

The Fed’s $85-billion-a-month asset-purchase program aims to boost economic growth and lower the jobless rate. The program has buoyed the stock market and its end — if not properly managed — may hurt sentiment among equity investors, potentially triggering a correction in the market. “Broadly speaking, investors are really waiting to see what Mr. Bernanke is going to say in front of Congress,” said Andrew Wilkinson, chief economic strategist for Miller Tabak. “The next 20 points in the S&P 500 are probably predicated on what he has to say.”

On Wednesday, Federal Reserve Chairman Ben Bernanke will testify before Congress about the economic outlook, and the Federal Open Market Committee will release minutes from its latest meeting.

Bottom line: “It’s a consistent message from the [Federal Open Market Committee] that they will reduce the pace of QE [quantitative easing] purchases, but only when the economy is clearly ready for a reduction,” said Tom Graff, fixed-income portfolio manager at Brown Advisory