Momentum Building in US Shale Industry 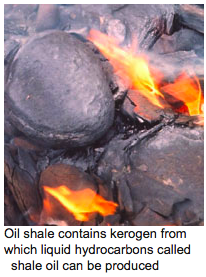 Is US shale about to make a comeback?

Oil prices have rebounded strongly since March. The benchmark WTI prices soared by more than 36 percent in two months, and Brent has jumped by more than 25 percent. There is a newfound bullishness in the oil markets – net long positions on Brent crude have hit multi-year highs in recent weeks on a belief that US supply is on its way down.

But that cut in production has itself contributed to the rise in prices. And just as producers cut back, now that prices are on the way back up, they could swing idled production back into action.

A series of companies came out in recent days with plans to resume drilling. EOG Resources says it will head back to the oil patch if prices stabilize around $65 per barrel.

The Permian is one of the very few major shale areas that the EIA thinks will continue to increase output. That is because companies like Occidental Petroleum will add rigs to the Permian basin for more drilling later this year. In fact, Oxy’s Permian production has become a “sustainable, profitable growth engine,” the company’s CEO Stephen Chazen said in an earnings call. Oxy expects to increase production across its US operations by 8 percent this year. Diamondback Energy, another Permian operator, may add two rigs this year.

Other companies – including Devon Energy, Chesapeake Energy, and Carrizo Oil & Gas – have also lifted predicted increases in output for 2015.

In the Bakken, oil production actually increased by 1 percent in the month of March, a surprise development reported by the North Dakota Industrial Commission.

Taken together, momentum appears to be building in the US shale industry.

But let’s not get ahead of ourselves.

The US oil rig count has plummeted since October 2014, falling from 1,609 down to 668 as of May 8 (including rigs drilling for gas, the count dropped from 1,931 to 894). That is a loss of 941 rigs in seven months. Just because a few companies are adding a handful of rigs does not mean that the drilling boom is back. It takes several months before a dramatic drop in the rig count shows up in the production data. The EIA says production will start declining this month – but further declines in production are likely.

Moreover, even if US producers do come swarming back to the oil fields and manage to boost output from the current 9.3 million barrels per day, that would merely bring about another decline in oil prices. Lower prices would then force further cut backs in rigs and spending. The effect would be a seesaw in both prices and the fortunes of upstream producers.

As John Kemp over at Reuters notes, that is not an enviable position to be in. Much has been made about the geopolitical and economic influence that shale drillers have snatched away from OPEC. The oil cartel has lost its ability to control prices, the thinking goes. Now, the US is the new “swing producer,” and with it comes influence and prosperity.

But if oil companies oscillate between cutting back and adding more rigs as the price of oil bobs above and below the $60 mark, they won’t exactly be raking in the profits. Worse yet, EOG and Oxy may be profitable at $60, but there are a lot more drillers in the red.

In other words, there is still a supply overhang. In order for oil markets to balance, a stronger shake out is still needed. That means that the least profitable sources of production – drillers that have loaded up on debt to drill in high-cost areas – have yet to be forced out of the market. The drilling boom is not back yet.