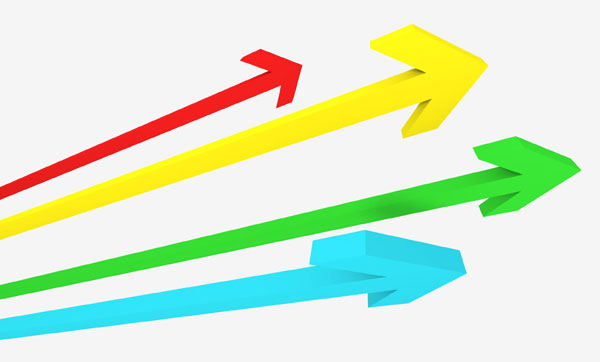 I have been watching the parade march by and after months of contemplation I have the following comments concerning the next 2 to 3 years.

The election itself was not as important as the fact that a large percentage of the population has come to realize that we are on a course that cannot continue.  Middle American decided that things must change.  Dissatisfaction with the status quo is really what the 2016 election was all about.  It was not republicans vs. democrats so much as it was globalist against nationalist.

It appears that the euro was doomed from the start.  Monetary policy was centralized but fiscal policy was not.  Merkel’s immigration policy is just the last straw for many Europeans.  Rules and regulations pouring out from Brussels are strangling the economies of all the EU countries.  There are over 1,200 regulations on a “spoon”.  There are over 1,000 regulations on “cabbages”.  These regulations are coming from the central government from unelected bureaucrats that answer to no one.  Many of the unelected ministers make over 300,000 euros / year along with their expenses.  This new mandarin class of overseers can make regulations over the objections of the elected governments in the individual countries.  The Italian banks have 18% of their loans in the non-performing category (US banks are about 2%).  Italy cannot continue much longer without some sort of change.  President Holland in France is on the way out and change is in the air for the coming election there.  The EU will collapse as more countries pull out and quit paying for the central government.  Wealth will flee Europe in the coming chaos and much of that wealth will find its way into the US markets.  It will purchase blue chip stocks, high-end real estate, bonds and precious metals.  This will cause the USD, precious metals, real estate and the stock market in the US to all go up together.  Our balance of trade will become even more lopsided as our exports become more expensive.

The ZIRP (the federal reserve’s zero interest rate policy) will cause retirements (both public and private) along with life insurance companies to blow up.  The Dallas police and firefighters retirement fund is just the latest disaster.  Watch for many more to follow.  Many life insurance companies are spending down decades of accumulated capital because interest rates are so low.  The math simply does not work anymore.  Government defined benefit plans will not reduce payouts and will simply demand more tax revenue while private plans will default causing a great resentment against government retirees from retirees in the private sector.  Eventually government retirements will be adjusted down but only after much bickering.  Life Insurance companies will simply go bankrupt, as they just do not have enough yield to make the math work with bonds and mortgages.  They will be forced further out on the risk curve, which will lead to failures one after the other.

The BRICS countries along with several other Asian countries will continue to pull away from the USD.  Union Pay and the Asian “swift” equivalent will grow to over half of the world economy – outside of the USD and western banking system.  If you haven’t yet noticed Union Pay it is the Chinese equivalent of VISA / Master Card.  Many US merchants now accept it.  Many MENA (Middle East & North African) countries are leaning east and away from the west.  Some even predict that Germany may look east and hitch their economic wagon to Russia and China.  The neo-cons in the US are fighting the BRICS and there is a lot of saber rattling going on with the “pivot to Asia” and baiting the Russian bear right on their European border.  There has also been a recent declaration that “Russian” hacking on the internet is an act of war.  (The very nature of hacking makes it near impossible to tell where it came from.)  I pray to God that calmer heads will prevail and the neo-cons will fall out of power sooner rather than later.

Retail trade is changing and traditional retail stores such as Sears, JC Pennys, etc are continuing to get hurt by on-line sales.  Young people are more comfortable with Amazon and other on-line purchases from the comfort of their own home.  There is a larger selection available and popular sizes are rarely out of stock with on line stores.  Commercial real estate for these companies will de-value greatly in the future.  Office buildings are also changing since people can work from anywhere now.  Few new high rise office buildings can cash flow now and most sell for much less than their replacement cost because current cash flow will not support new high rise construction costs in many markets.  Many older office buildings are converting to condos and apartments.  People still have to live somewhere even though they can shop (and in some cases work) on-line.

Obama Care is coming apart at the seams with increases that are too large for most people to swallow.  Health care is now mandated by law and the fine for not having it is also going up each year.  The entire health care industry is around 12%+ (and growing) of the GDP.  This is pretty outrageous and is squeezing the middle class more and more every year. I can remember having basic catastrophic “hospitalization insurance” when I entered the workforce many decades ago.  Everything else was paid for out of pocket.  You only insured the very expensive health issues such as a long hospital stay.  You were required to pay your doctor and make arrangements with him privately.  Third party payment has completely changed all that and now everyone thinks they should not pay over $5 for anything health related.  Until we get rid of 3rd party billing and insurance except for only catastrophic illnesses we will never get heath care costs under control.  Anytime “someone else” such as an insurance company pays the bill we are going to have a problem affording health care.  Big pharma, big hospital corporations and big insurance companies are not the solution.  Private contracting of services on a one to one basis is the only way to make health care affordable.  The other direction only leads to a “free” government program with rationed care.

Modi in India is the latest to declare war on cash by getting rid of the 500 & 1,000 rupee notes.  Unfortunately that pulled about 85% of the circulating cash out of the economy and problems are legion.  There is currently a $600 premium per oz on gold in India as people rush out of the local currency and into gold.  Many countries are slowly trying to outlaw cash or at least discourage its use.  The banker’s and the tax collector’s ultimate dream is to outlaw cash and run every last transaction through the banking system so that the bankers can charge a fee and the taxman can take his cut.  People seem to forget that cash is freedom.  Nothing good will come from this – unless you consider a yearly asset tax, even higher bank fees and a complete loss of financial privacy a good thing.

So where do these trends leave the average investor?  Should we be careful investing in REITS specializing in shopping malls?  Should we invest in UPS to capture the on-line delivery trade?  Maybe, but asset allocation is probably the big picture that you need to consider.  While I am not a fan of residential real estate millennial that do not want to purchase a home will have to live somewhere.  Consider investing in real estate to house them.  Possibly invest in apartment complexes, quads or even a garage apartment at your residence if allowed.

Stocks are overvalued but hot money from Europe and emerging markets will continue to pour into the US (the world’s last safe haven) and push them up for the next few years.  Consider an S&P 500 index fund with low fees from Magellan since most of us are poor stock pickers.

Build cash and get out of debt.  Spread cash around several different banks and keep a supply of cash (in small bills) on hand just in case.  Up your precious metals allocation for long-term financial insurance.

(plus a few months living expenses in cash outside the banks)

If you don’t like this allocation then sit down and create your own mix.  Decide on a plan and stick to it.  Rebalance at least once a year in December.  Of course you may want to make small adjustments and change up your allocations every few years but think through your allocations carefully and try not to make emotional decisions based on short-term news.