Media’s ‘primal scream’ is heard round the world 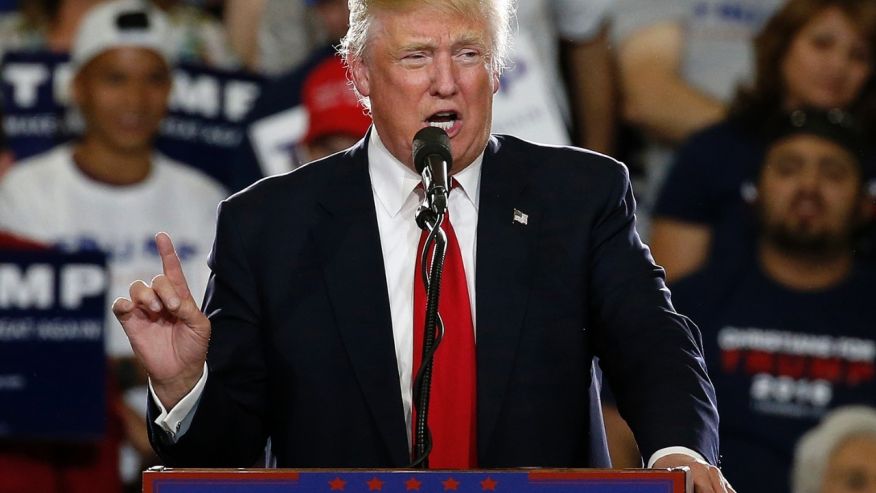 No, America, that wasn’t an earthquake. That was a media scream that registered 11 on the Richter scale as Republican Donald Trump defied media demands and went on to win the presidential election in the early hours of Wednesday morning. Hillary Clinton called Donald Trump to concede.

A nearly unanimous media failed to carry the unpopular Hillary across the finish line. Once again, America rejected the liberal Democrat. Advil set the tone early with a comment: “Politics giving you a #migraine? Advil® Migraine is the best candidate for pain relief.” CNN commentator David Axelrod called it a “primal scream.” ABC’s Terry Moran called it “a rejection of the neoliberal world order that has been the consensus around the world.” CNN commentator and former Obama green jobs czar Van Jones called the election a “White-lash against a changing country.”

When it appeared that Hillary would not concede, after campaign chairman John Podesta appeared before her supporters in Manhattan and told everyone to go home and get some rest, even some in media criticized her. USA Today Washington correspondent Paul Singer was typical: “Stunned that @HillaryClinton did not concede. If @realDonaldTrump pulled that, people would go bananas.”

The election was a national rejection of both the traditional media and the Hollywood elite who piled on money, endorsements, appearances and offensive videos telling people to vote. Celebrities went full-on insane. Actor Mark Ruffalo vowed to do a nude scene if Clinton won. Madonna said she would perform oral sex on Clinton voters. It was so overboard that it might well have caused voters to just say no to all of star media.

The night went from what CNN’s Wolf Blitzer called a “real nail-biter” to one his co-anchor Jake Tapper said is, “going to put the polling industry out of business.” Left-wing Fusion referred to a “Terrifying/exciting state-by-state #ElectionNight.” The New York Times prediction tracker went from overwhelmingly predicting a Clinton win to 94 percent for Trump as the clock neared 11 p.m. Even when Hillary won Virginia, the Times was sending out downbeat emails saying she “preserved a slim path to victory.”

Trump supporter and former Arkansas Gov. Mike Huckabee joked: “Wouldn’t wanna be under that giant glass ceiling if Hillary is forced to concede. That party might end like Carrie’s prom.” Fox News contributor and commentator Richard Grenell blasted the news media. “The media is for sure losing tonight no matter who pulls this off. How wrong they were.”

By 9 pm ET it spread. CNN commentator Sally Kohn showed the typical liberal reaction. “IT SHOULDN’T BE THIS CLOSE!!!!!!!!!!!!!” Former CBS anchor Dan Rather summed it up. “Nearing cardiac arrest time for team Clinton.” Global Editorial Director, The Huffington Post’s Howard Fineman said what was on many lips: “This is starting — starting — to look like an American #Brexit.”

Atlantic Senior Editor David Frum found another villain – Russia. “We may be living through the most successful Russian intelligence operation since the Rosenbergs stole the A-bomb.”

Daily Beast columnist Jonathan Alter blamed it on masculinity. “Trump didn’t win because of Comey. He won because he’s a testosterone candidate and men weren’t ready for a woman president.” He continued to hammer out hyperbole: “America has never faced such a crisis before. World War II was 4 years but US always fairly sure we would win. This will be a new menace.”

Journalists had earlier celebrated as Hillary broke the “the glass ceiling.” ABC gave up all pretense of neutrality and had former Clinton staffer and Clinton Foundation contributor George Stephanopoulos moderate election night coverage. Comedian Emo Phillips reflected Hollywood’s agenda in one short Tweet: “I don’t get it. We had all the funny tweets.”

The New York Times showed that media bias remained an issue into election night, writing that, “an intense public distrust in the media is threatening the networks’ traditional role as election night scorekeeper.” In a think piece discussion about coverage of the race, the Times controversial media columnist Jim Rutenberg said Trump, “received coverage of a billionaire reality-television star who turned politics into performance art.”

He followed that up with one of the worst media bubble comments of the election: “The press needs to explore the frustration of those many Americans who think free trade’s gone too far; that immigration threatens the national fabric; and that insiders from Washington, Wall Street and the media have rigged the system against them.”

Election Day brought out the strange in the media, as well. CBS Evening News veteran Bob Schieffer wondered if the nation were “enduring some kind of curse.” He added in nice biblical metaphor: “What should we expect next – that it will rain frogs? I wouldn’t bet against it.”

Pollster Nate Silver crowed early because he had been criticized for giving Trump a better chance to win the World Series than Trump had of becoming president. The Cubs won. “This doesn’t seem like an election in which one candidate had a 99% chance of winning tbh,” he Tweeted.

Washington Post quasi-conservative columnist Jennifer Rubin bashed the GOP in her election day screed, urging Republicans to help Clinton succeed. “Do I think all this is likely? No, but then we are among the thousands of center-right Americans who think the solution to the sclerotic GOP may very well be a new political party.”

Earlier in the day, The Washington Post described the ballot with a mountain full of understatement: “An acrimonious race reaches an endpoint.” Of course, the Post probably described WWII as an international disagreement.

The foreign press chimed in, too. German newspapers warned of a “Trumpocalypse” and called the GOP candidate a “Horror-Clown.” The Daily Mail described the vote as, “Clinton, Trump fight for soul of divided US before vote.”

As the perfect conclusion to the night, Huffington Post decided to stop using the controversial tagline it had on Trump stories. “The Huffington Post’s editor’s note calling Donald Trump as a ‘racist’ and ‘xenophobe’ is no more, a source in the newsroom tells POLITICO.”