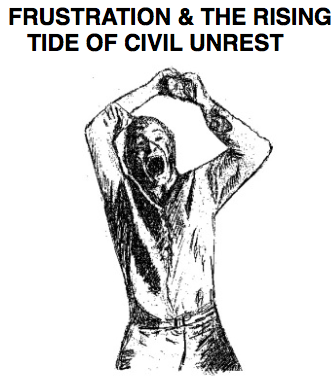 74% of all Municipals want to raise Taxes. Municipal governments are going broke everywhere. This entire structure of government would never have been designed even by a moron. In Germany. a survey of 300 municipalities shows that 74% are planning to raise taxes. Now 27% plan to increase their cemetery fees, 25% want to demand more money for attending daycare or day schools. 21% plan to increase the property tax assessment rate, and 13% intend to raise the dog tax. (see latest German survery)

We are headed into this Sovereign Debt Crisis and Western Society as we know it cannot POSSIBLY exist. The problem with politicians is they just look at the people as a bottomless-pit of revenue to be taxed at will. They have no grand plan nor have they ever contemplated the long-term viability of such a system with no fiscal restraints whatsoever. They never see themselves as part of any problem – it is always the cheating people who do not hand them everything they demand. This is the source of the civil unrest we see coming everywhere. Governments do not respect the people nor do they really care about our future. This is now all about them and they only see raising taxes rather than downsizing or reform.

In the United States, the resistance toward raising taxes to pay for repairs in infrastructure has the Obama Administration pitching the pension funds to join in and invest in an “infrastructure fund”. They are soliciting pension funds because they will benefit from tolls etc and that will be more palatable than watching you toll dollars go to bankers. The idea is this will be salable to the public. California’s pensions Capers is on board and have already announced they will liquidate $4 billion from hedge funds. They have not announced where they will shift that money, but it appears they are getting ready for another Obama star project up there with Obamacare. State and local government cannot print money. This is the DEFLATIONARY aspect that first impacts society. Courts begin to rule only in government’s favor and you then see the collapse of investment and society as a whole when the rule of law vanishes. The higher they raise taxes, the lower the disposable income, the lower the economic growth, and the higher we will see unemployment. Government wastes money – they consume capital and are incapable of producing anything worthwhile to contribute the economic growth. This is why government MUST be restricted to defined percentages of GDP to prevent it from growing like corporations until they become so big, they are unable to function. Public unions are already advocating just taking money from other sectors to pay them. This is precisely the same trend that unfolded in Rome setting in motion the decline and fall. When Rome could not fund its pensions to the military, they began numerous revolutions and that justified sacking cities that opposed their wishes.

As Rome could not pay the troop pensions, they tore the empire apart at the seams. This is what lowered the defenses allowing the Barbarians to finally invade. Rome fell from within for the same faulty structure of fiscal mismanagement. The inflation (debasement) in the currency was NOT the cause of the fall of Rome, it was the symptom that followed the corruption. So pay attention. It is the DEFLATION that comes FIRST. Inflation NEVER appears first with nothing driving it. It has always been the expansion of government that unfolds FIRSTthat later manifests in inflation only when you cross that point of no return in PUBLIC CONFIDENCE. As taxes were raised on property, people began to vacate the cities. The population of Rome collapsed as property values fell due to rising taxes. Sound familiar? Only with rising taxation did people just start to migrate away from Rome. The Roman Emperor Diocletian (284-305AD) introduced passports. Not to travel from one country to another, but to be able to travel at all AFTER you were verified that you owed no taxes. Today, the US has introduced a law that if you owe the government $50,000 in taxes, they can revoke your passport until you pay. Wonderful how history repeats.

Ed Note: Another great article by Martin about the Stock Market HERE