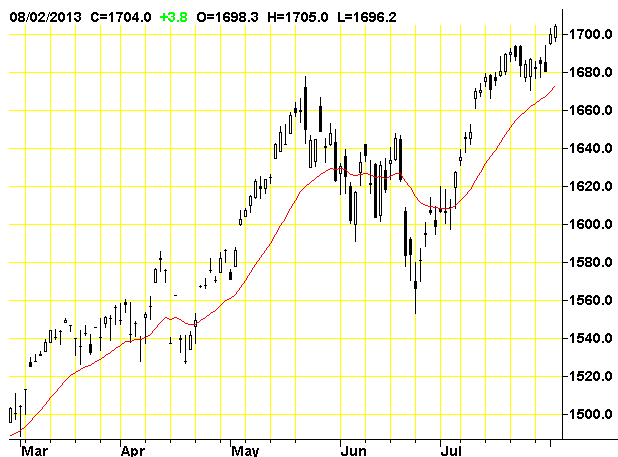 We have officially entered into uncharted territory. As the markets continue to surge higher, as earnings falter, valuations have once again reached extremes. As my friend Doug Short recently penned:

“Essentially we are in ‘uncharted’ territory. Never in history have we had 20+ P/E10 ratios with yields at the current level, although as I type this, the 10-year yield is at 2.69%, which is 1.26% above its all-time low set in July of last year. The closest we ever came to this in US history was a seven-month period from October 1936 to April 1937. During that timeframe the 10-year yield averaged 2.67%. How did the market fare? The S&P Composite hit an interim high (based on monthly averages of daily closes) in February 1937. The index plunged 44.9% over the next 15 months.

What can we conclude? As I said above, we’re in ‘uncharted’ territory. Despite increasing references to near term tapering of QE, many analysts assume that continued Fed easing will keep yields in the basement for a prolonged period, thus continuing to promote a risk-on skew to investment strategies despite weak fundamentals.

On the other hand, we could see a negative market reaction to a growing sense that Fed intervention has its downside, especially if Treasury yields continue to rise despite FOMC policy. The recent trend and volatility in the Nikkei in the wake of Japan’s massive monetary intervention could give investors second thoughts about US equities.

We are indeed living in interesting times.”

With the last comment I do readily agree.  We live in interesting times, and much like “Alice In Wonderland,” we are indeed all mad here.

This week we will review the markets and our allocation models.

Lance Roberts is the General Partner & CEO of STA Wealth Management, Host of the “Streettalk Live” Daily Radio Show (streamed live at www.streettalklive.com), and Chief Editor of the X-Report and the Daily X-Change Blog.
Follow me on Twitter: @streettalklive