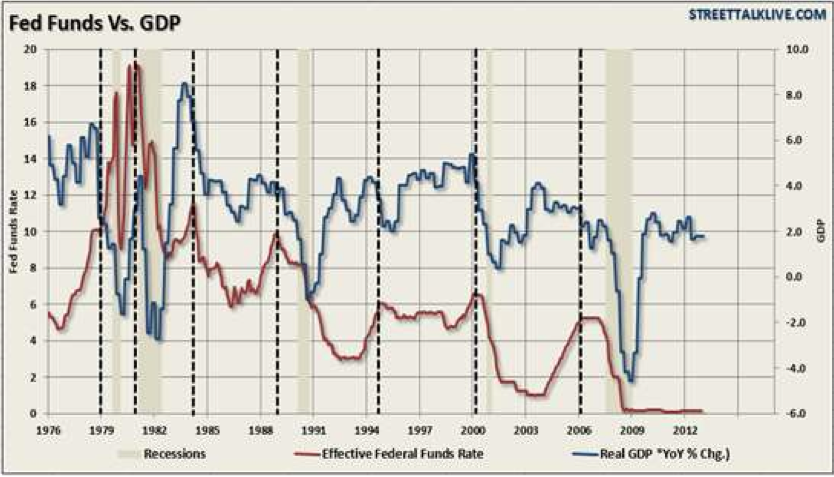 At the beginning of June we began discussing the approach of an initial “sell” signal. I stated at that time that the onset of such a signal would be a “warning” that you should begin paying much closer attention to what is happening inside of your portfolio. The selloff that began in late May coincided with mounting expectations that the Federal Reserve would begin reducing their monetary interventions later this summer and cease the program entirely by 2014.

As I discussed in “The Diminishing Effects Of QE Programs” the economy remains far too weak for the Federal Reserve to begin reducing support for the financial markets anytime soon. I stated:

“…the real issue is that IF the recent negative trends in consumption, employment and inflationary pressures do not start to reverse it is highly likely that the Fed will not be able to extract the monetary supports anytime soon. The recent increases in interest rates, combined with still very weak wage growth, higher costs of living and still elevated unemployment is likely to keep the Fed engaged for the foreseeable future as any attempt to remove its ‘invisible hand’ is likely to result in unexpected instability in the financial markets and economy.”

Consequently, the “trial ‘tapering’ balloon” lofted by the Federal Reserve after the last FOMC fell quickly to earth as stock prices sagged, which began to erode consumer confidence, and interest rates spiked sharply higher putting economic growth in danger. Those realties pushed the Federal Reserve to back pedal on their “tapering” stance as Ben Bernanke clearly stated that:

“I think you can only conclude that highly accommodative monetary policy for the foreseeable future is what’s needed in the U.S. economy. And I guess the final thing I would say in terms of risks of course is that we have seen some tightening of financial conditions, and that if, as I’ve said and as I said in my press conference and other places that if financial conditions were to tighten to the extent that they jeopardize the achievement of our inflation and employment objectives then we would have to push back against that.”

There was a clear confirmation by the Fed to market participants that the Federal Reserve will not take away accommodation because they cannot afford to let the markets “tighten.” Rising interest rates and falling asset markets are one thing and put the economy at risk. However, the lack of inflation is also a real concern.

As the chart below shows, every time the Fed has embarked on such a program to increase borrowing costs it has let do an economic recession or worse.